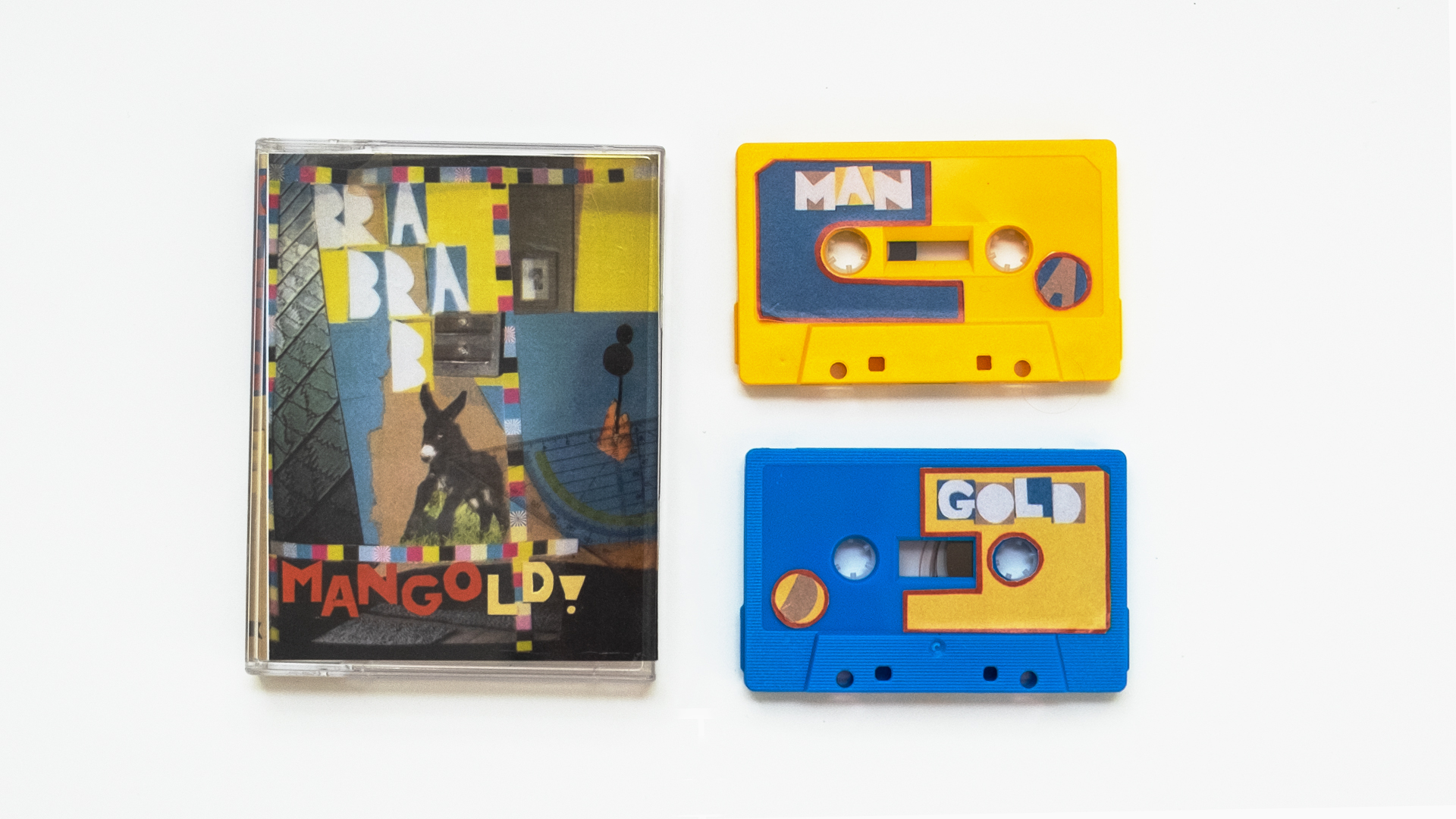 “Mangold!” features 18 different artists from Berlin and beyond covering songs from Brabrabra’s debut cassette “Mango”, which was also Kitchen Leg’s first release back in December 2013.
Despite their minimal and often lo-fi sound and attitude, Brabrabra made true pop music, and played very catchy songs, winning over audiences in Berlin and even found their way into Everett True’s column.
After Berlin based band Classic Muscle began covering some of Brabrabra’s songs live we jokingly came up with the idea of making a tribute album. However after mentioning the idea out loud we realized that it seemed to attract quite a bit of interest from musician friends and bands we know and the joke slowly became an emerging reality. In fact the response was so enthusiastic that we ended up with roughly 3 times the amount of songs than the original album contained.

“Mangold!” is an eclectic mix of pop/electro/home recorded/folk-blues and other genuine oddities.
Participating artists include Skiing, The History of Colour TV, Delmore FX and Razor Cunts to name just a few.
The cover itself is a photo of the original “Mango”’ cover artwork as a work in progress. It is symbolic of the way we work and how we view our label as something we build upon day to day. To quote Bruce Lee, like the water that erodes the rock!