Vorspiel / transmediale & CTM and Rainbow Unicorn present Death Star by David Amberg. The video installation investigates themes of authenticity and locality inside a Star Wars video game and tries to grasp how our understanding of these themes is shaped by contemporary digital technology as well as (art)historical images.

1
One time as a teenager I was so stoned that I looked up at the night sky and had this „revelation“ that the moon was an actual three-dimensional object up there in the universe and not only –
how it seemed to my eyes – a two dimensional disk on the night sky plane.

2
I am watching an advertisement for a new Star Wars video game on YouTube. It doesn’t show any scenes inside the game but only a team of developers hiking through the landscapes where
the original Star Wars movies were filmed. They’re taking 3D-scans of the environment to create virtual models to make their game look as much as the movies as possible.
There’s two landscapes, the one that they’re standing in and the one that they’re looking for which only really exists in the motion picture of the Star Wars movie.

3
In the finale of the first Star Wars Trilogy when Darth Vader is about to die he asks his son take off his helmet. He tells him: „Just for once let me look on you with my own eyes.“

The opening of David Amberg “Death Star” at Rainbow Unicorn gallery was accompanied by the performative intervention ‘Bend your enthusiasm’ by R&D. 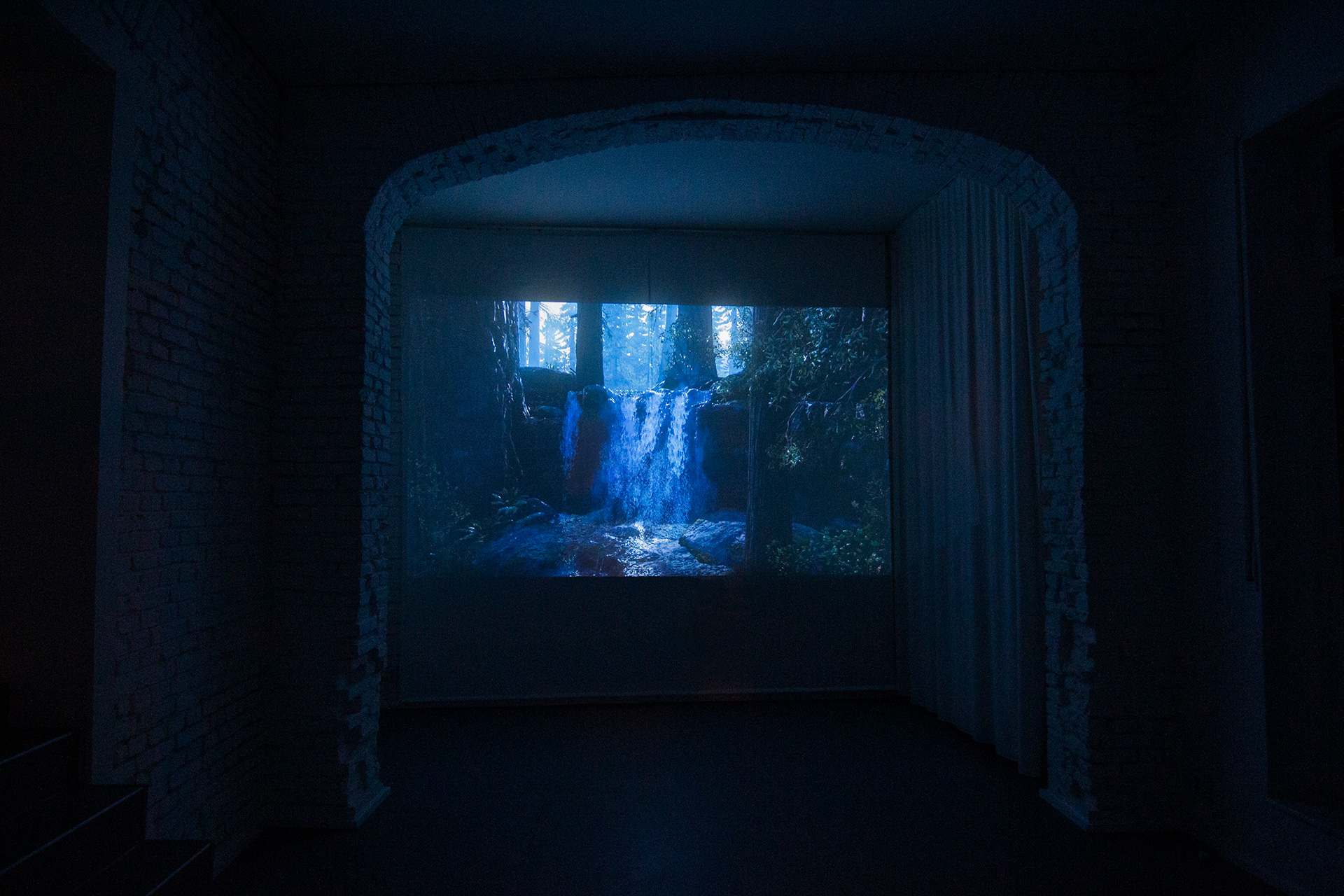 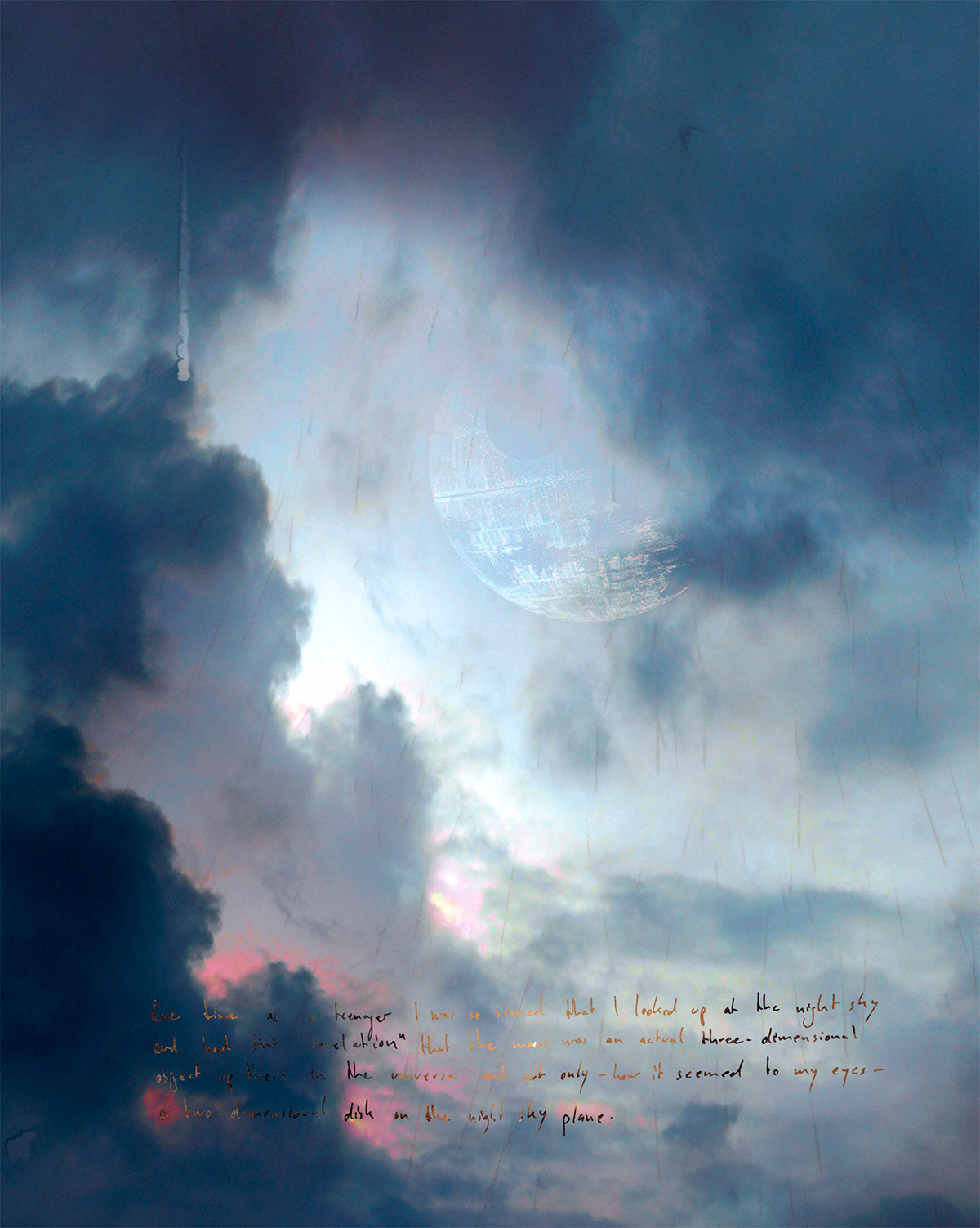 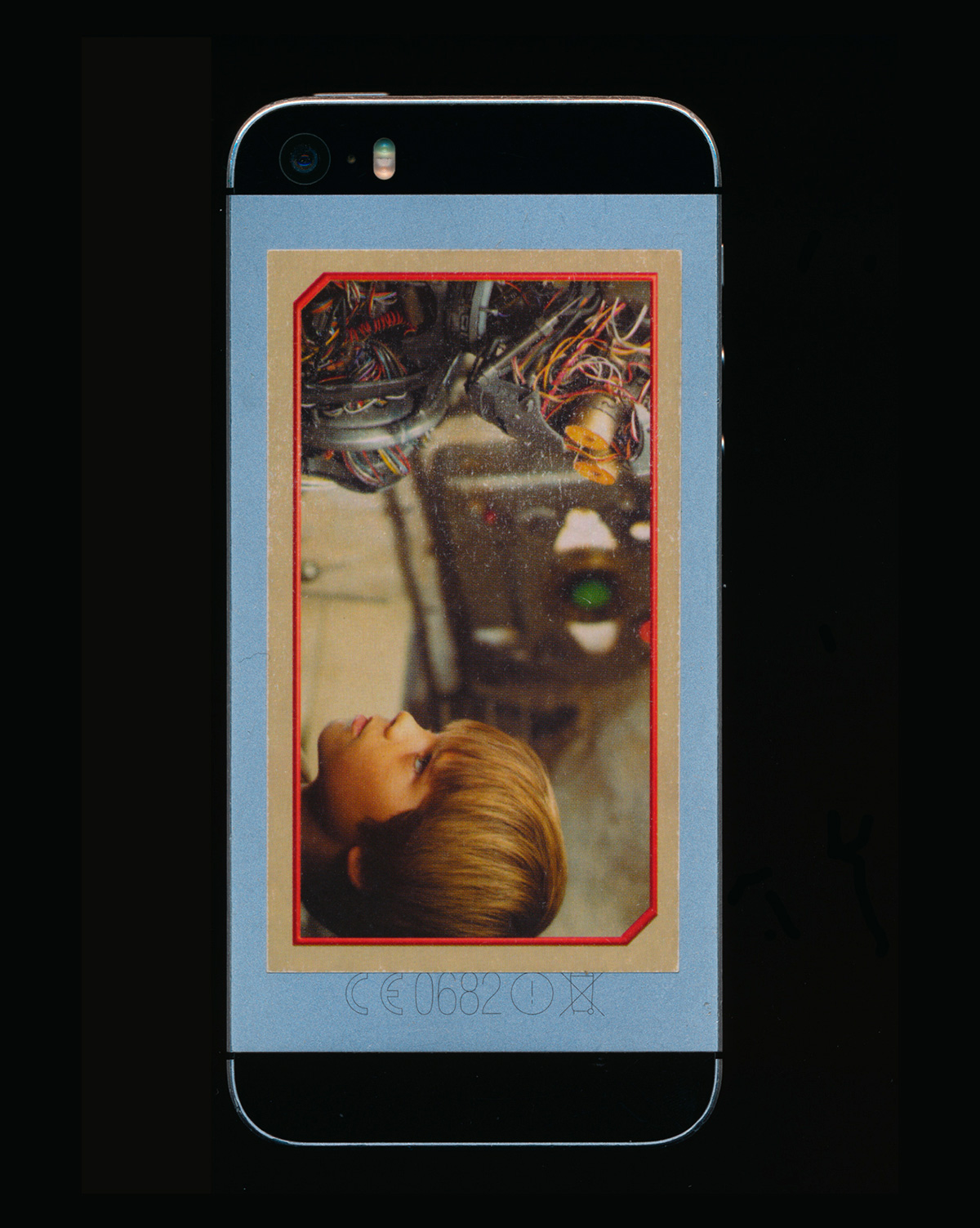 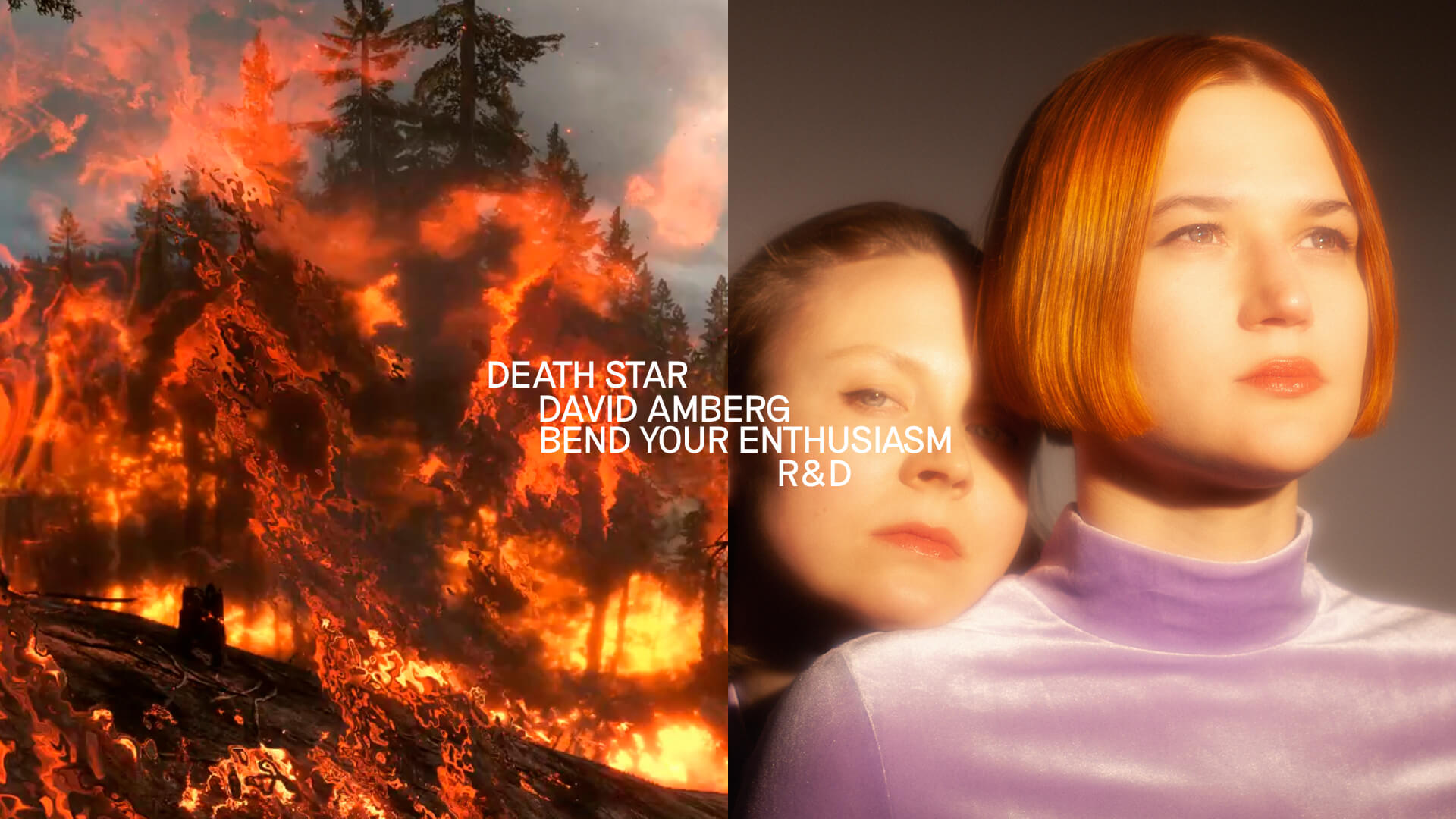 Vernissage with a live performance by R&D.
←  Pictoplasma 2019 Automating Humanity  →