Edmund Okstom’s world is an uncanny lucid dream in colourful shades of grey. With sharp-edged precision he depicts handsome young men in industrial landscapes invaded by gigantic vapour clouds. With deadpan face they are silently involved in strange actions. In other works there are objects, some of them hovering between figuration and abstraction, overexposed to light and casting hard shadows until they turn suspect at some point, even scary – like a rampant baroque furniture ornament, the pair of shoes behind a curtain, or a dark enigmatic bin, precariously balancing the equilibrium of its triangular canvas.

Okstom’s paintings have a cinematographic quality, like film stills they appear frozen in time, with an air of suspense and a narrative that is about to unfold but always ends up as a riddle. There is a sense of imminent threat which is silent but cold as ice, the beauty of the perfect crime. Allusions to dark Romanticism and film noir are as evident as a fascination with doom and post-punk culture of the 1980s. His image sources are music videos, B-movies, cheap commercials. The method of sampling and photo-pasting meets allusions to Shakespeare and to scientific phenomena, while the Latin inscriptions trace back to Renaissance emblems and arcane symbols. Just as being very classical in terms of painterly refinement, figuration and narrative, every now and then there are references to digital image processing and virtual reality, distortions and complex layers of images within images. Okstom is interested in conceptual and post-painting ideas, however he treats them as a horizon to be crossed and confronted in a dialectical way.

A gloomy nostalgia for the 1980s is most obvious in his tribute to Japanese noise-rock avantgardist Takashi Mizutani floating amidst abstract feedback waves. But while some yesterday’s hero’s vision was rather nihilistic, Okstom’s paintings can be read as productive riddles. They are powerful contemporary allegories: The destructive reader in front of a crumbling house, or the veiled figure presenting a hovering scientific instrument like a blessing. In today’s world which is increasingly defined by a permanent state of uncertainty, his attitude is conveying a honest negativity. He’s not searching for idealistic long lost ‘wholes’ and objective grounds, as he puts it, but „looking for die möglichkeiten, a clearing in the overtaking post-reality“. The fume which is wafting through his paintings is a „dreamy vapour that has put asleep the modern discourse that was escapist and cynical to reality“. Fume is obscuring, blurring, making things barely discernible, but here they are as clear and distinct as a trance-like vision can be. — Text by Christiane Wohlrab.

Edmund Okstom (born 1991) has graduated cultural studies at Maria Curie-Skłodowska University in 2015. He has taken part in several group shows in Poland, so far focusing mostly on painting. In 2016 he won the rector award in 12th edition of Geppert Competition in Wrocław. He lives and works in Lublin, Poland. 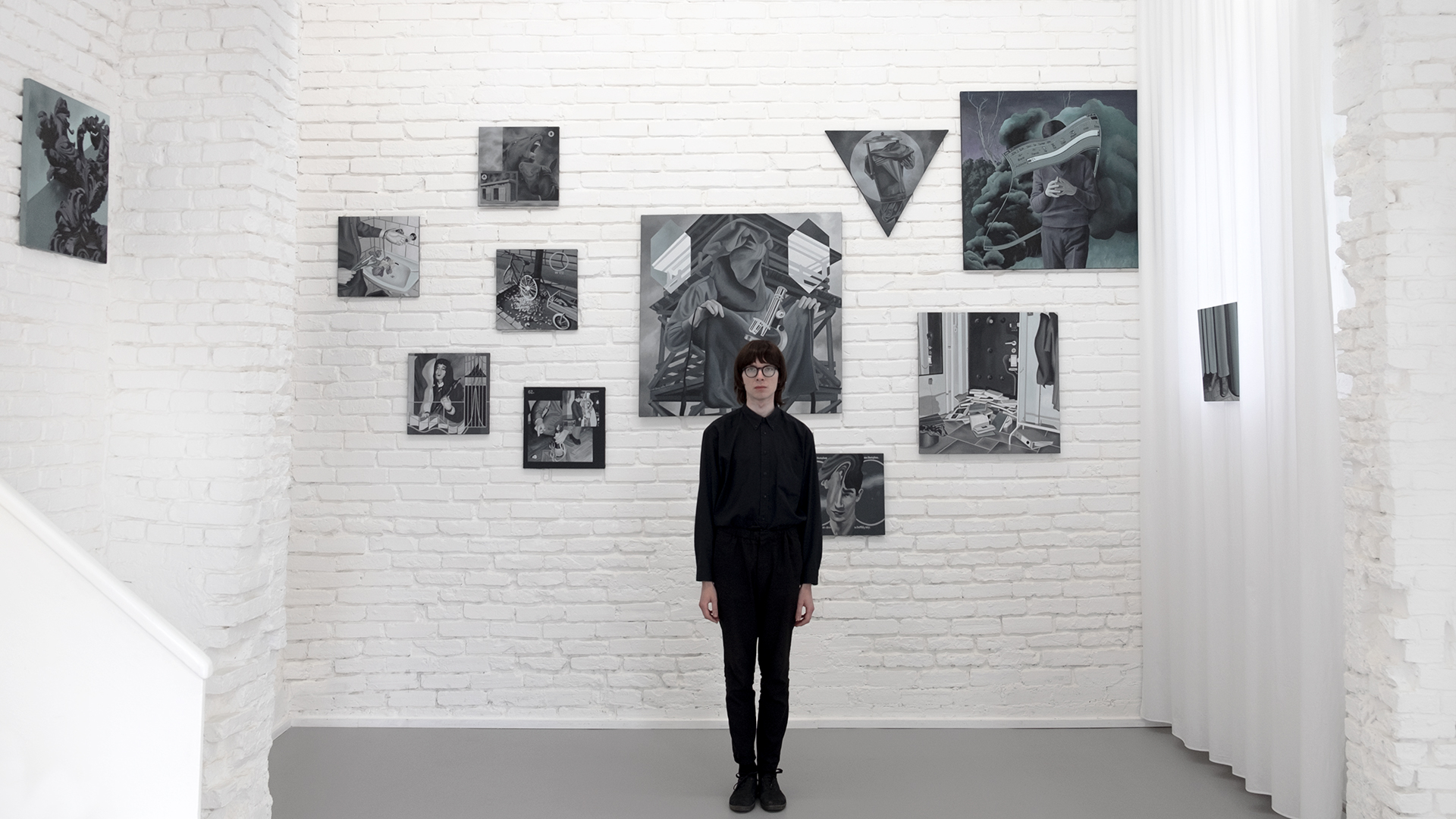 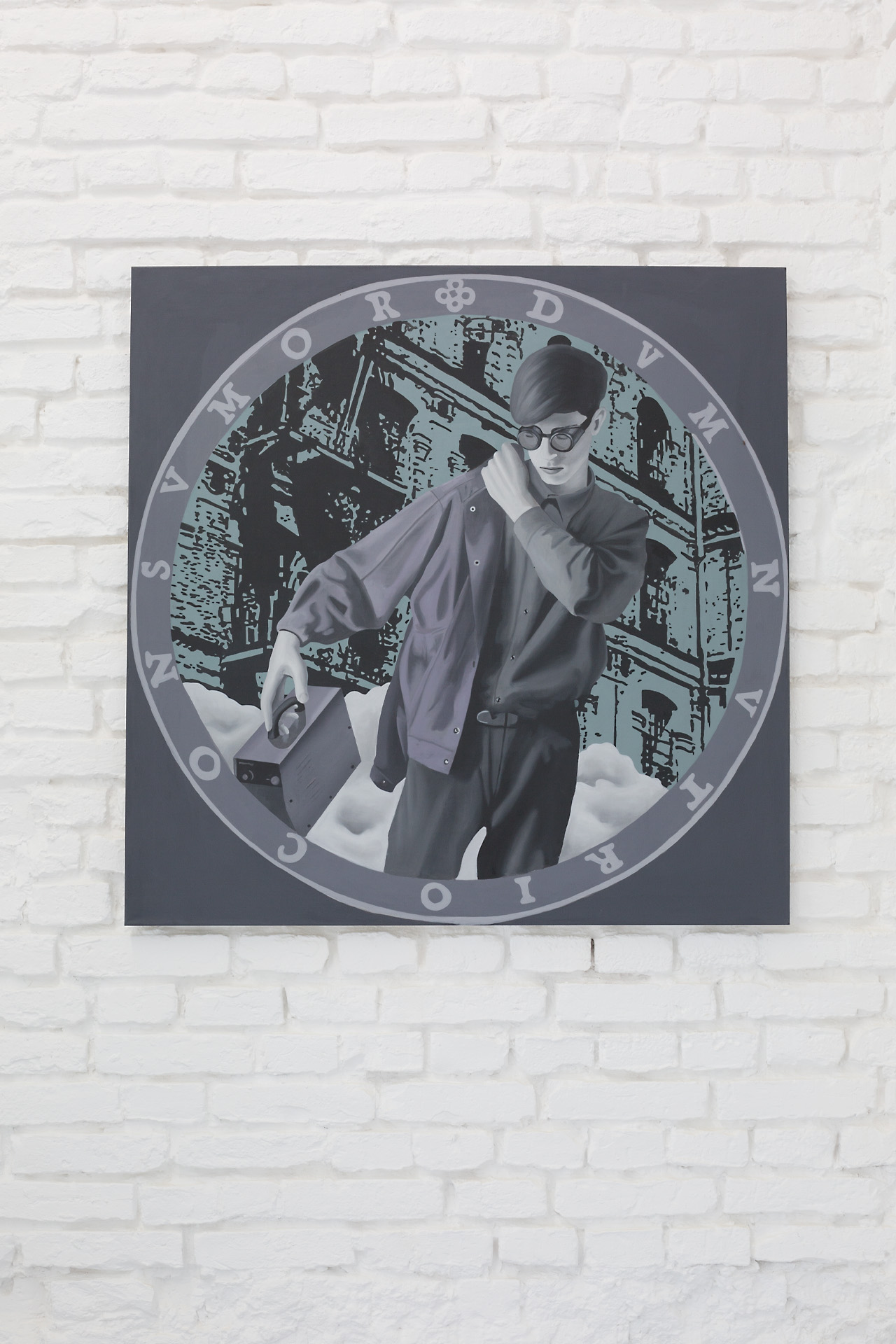 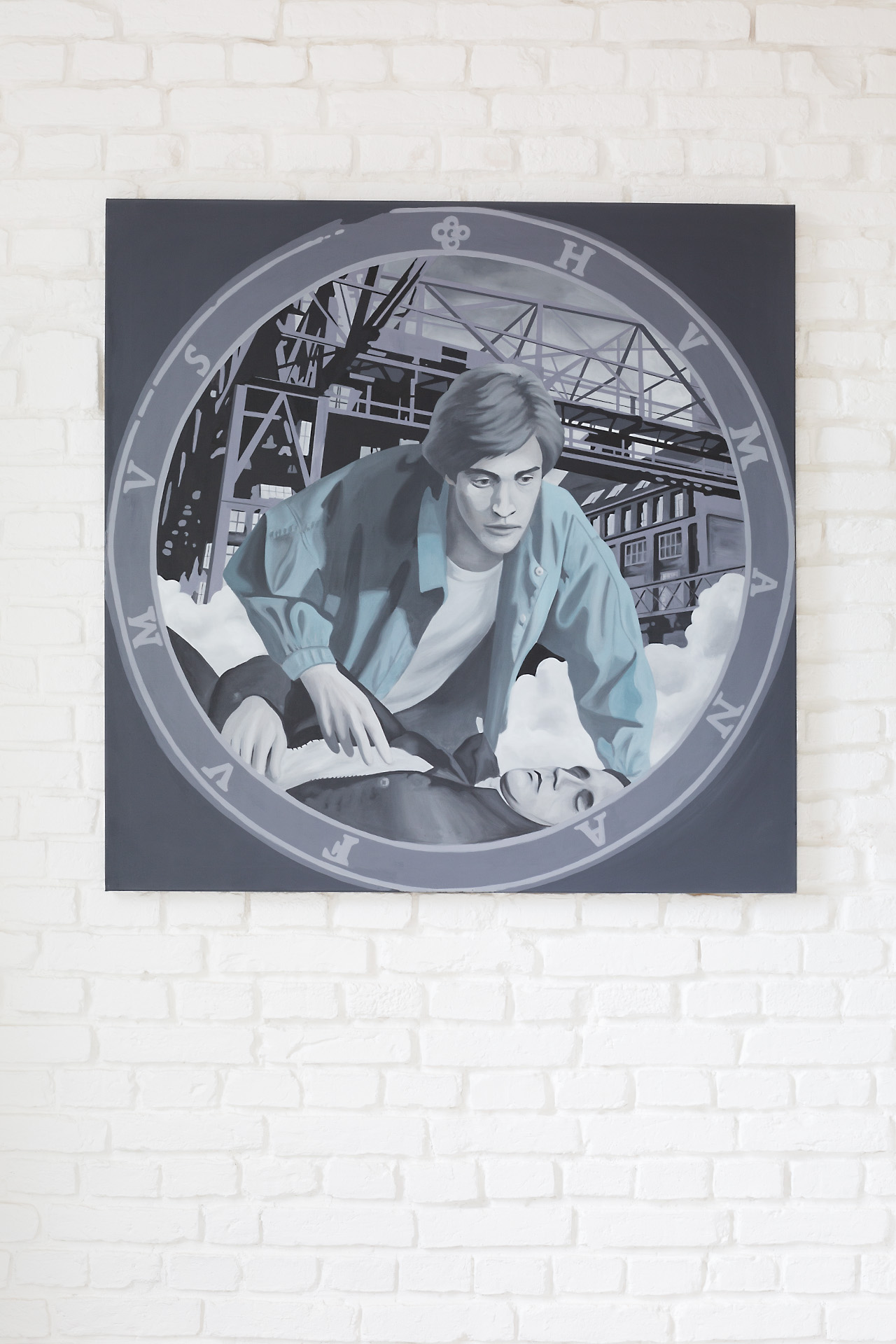 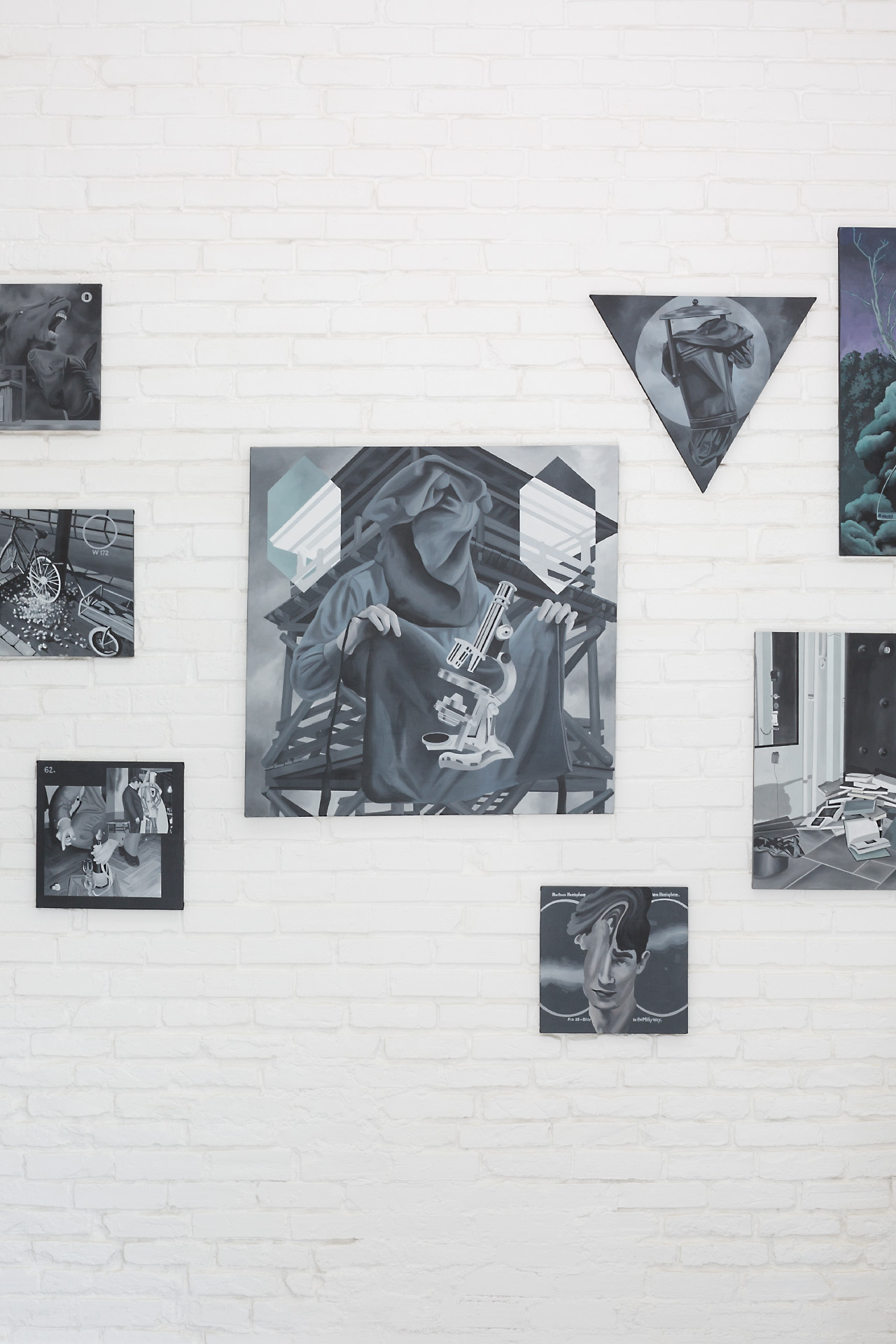 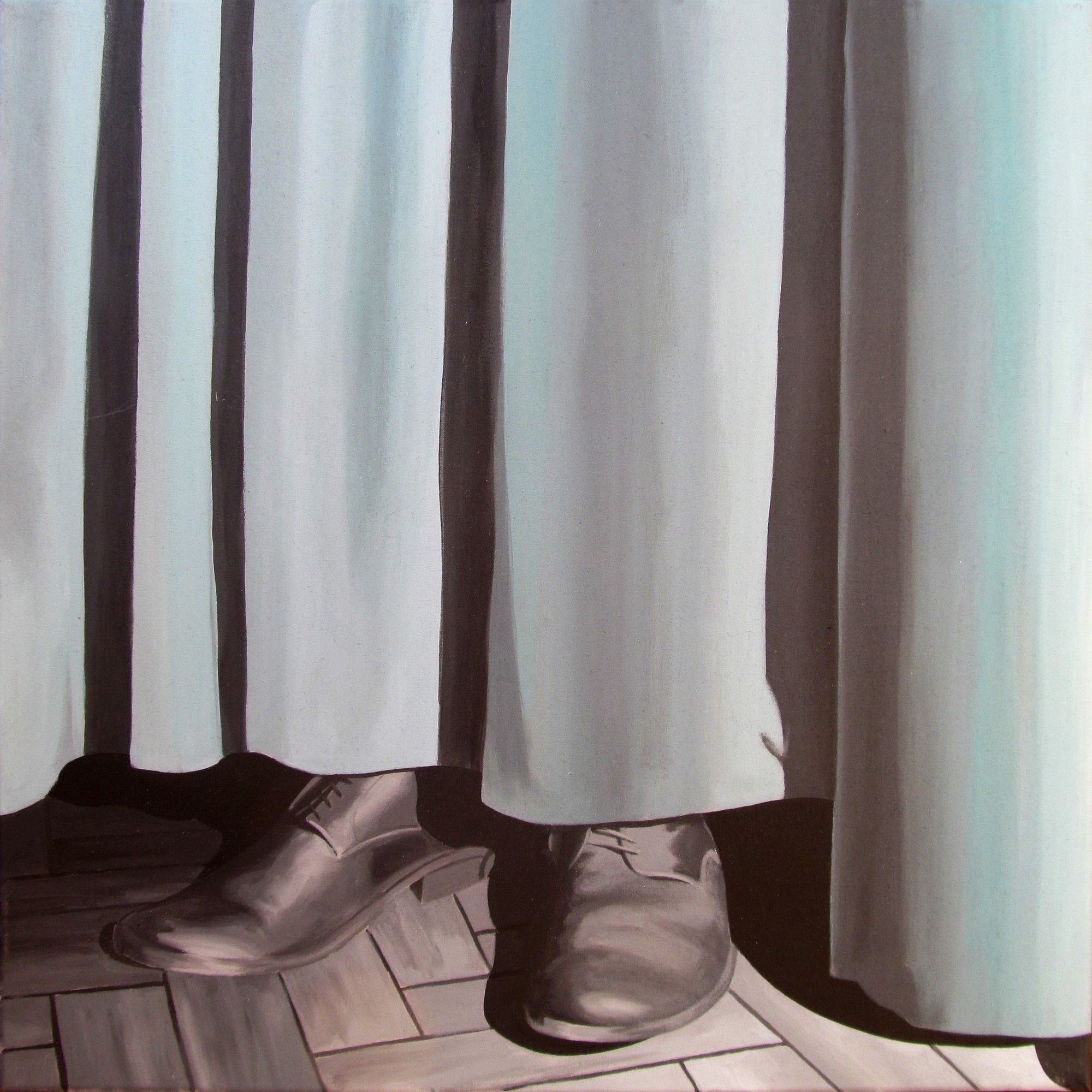 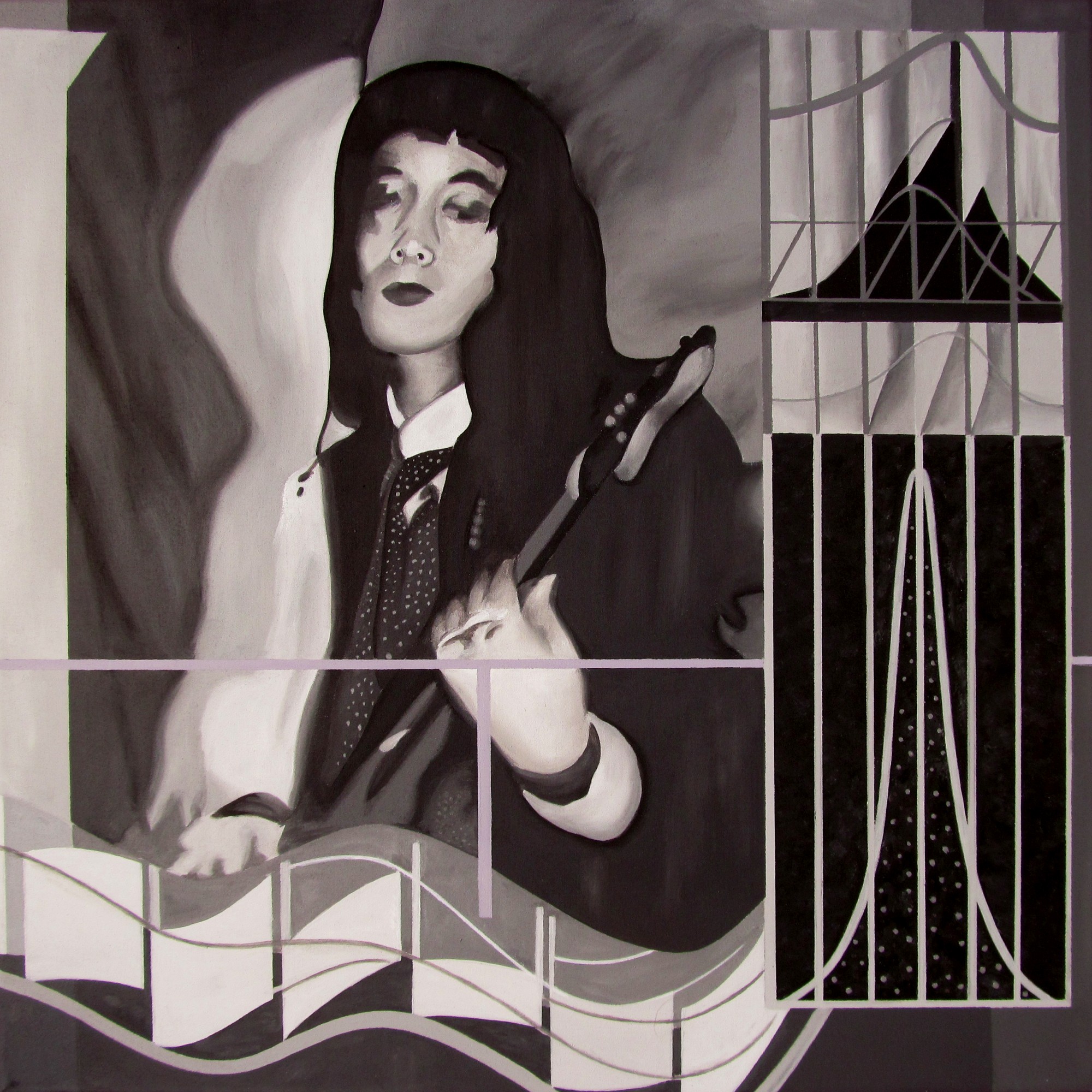 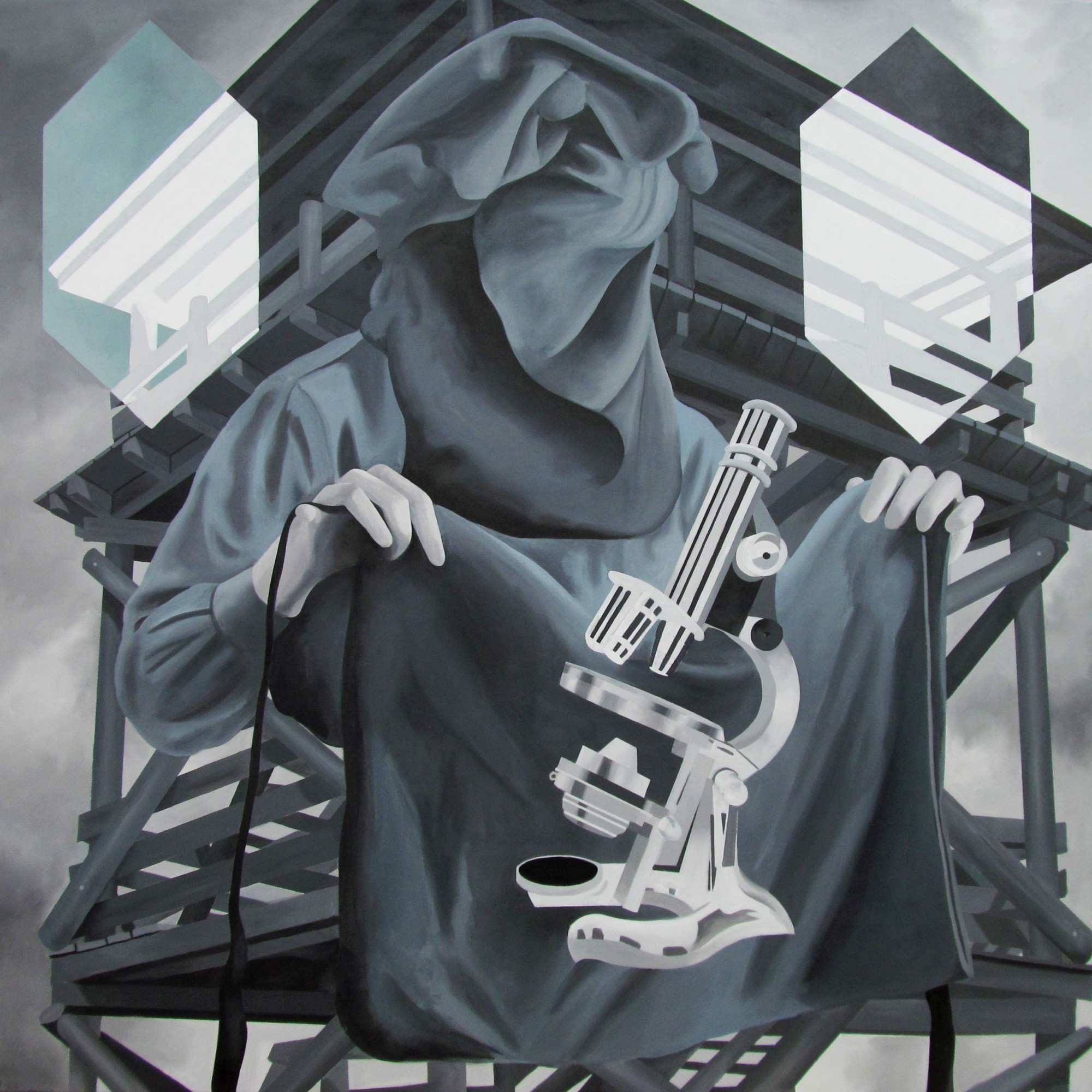 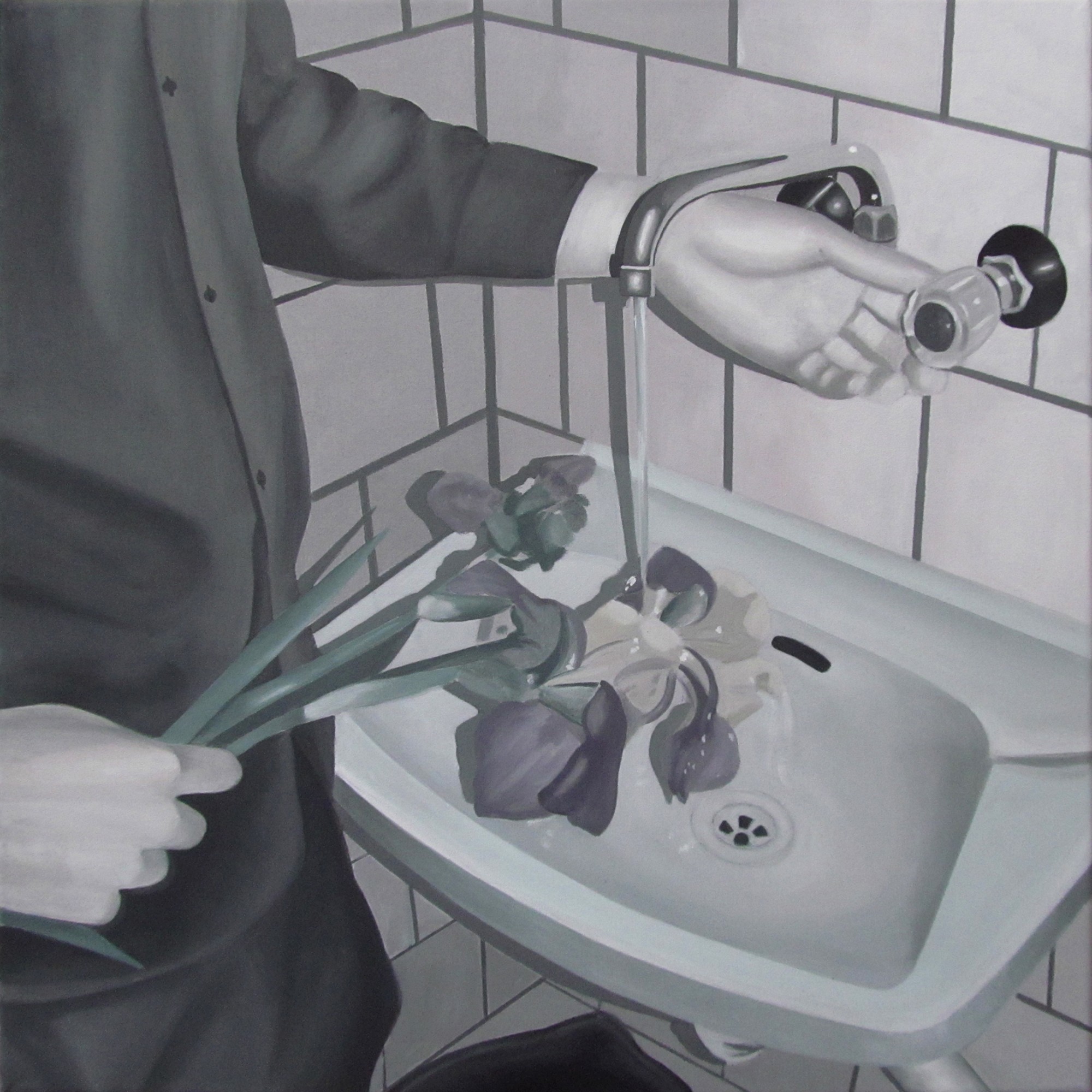 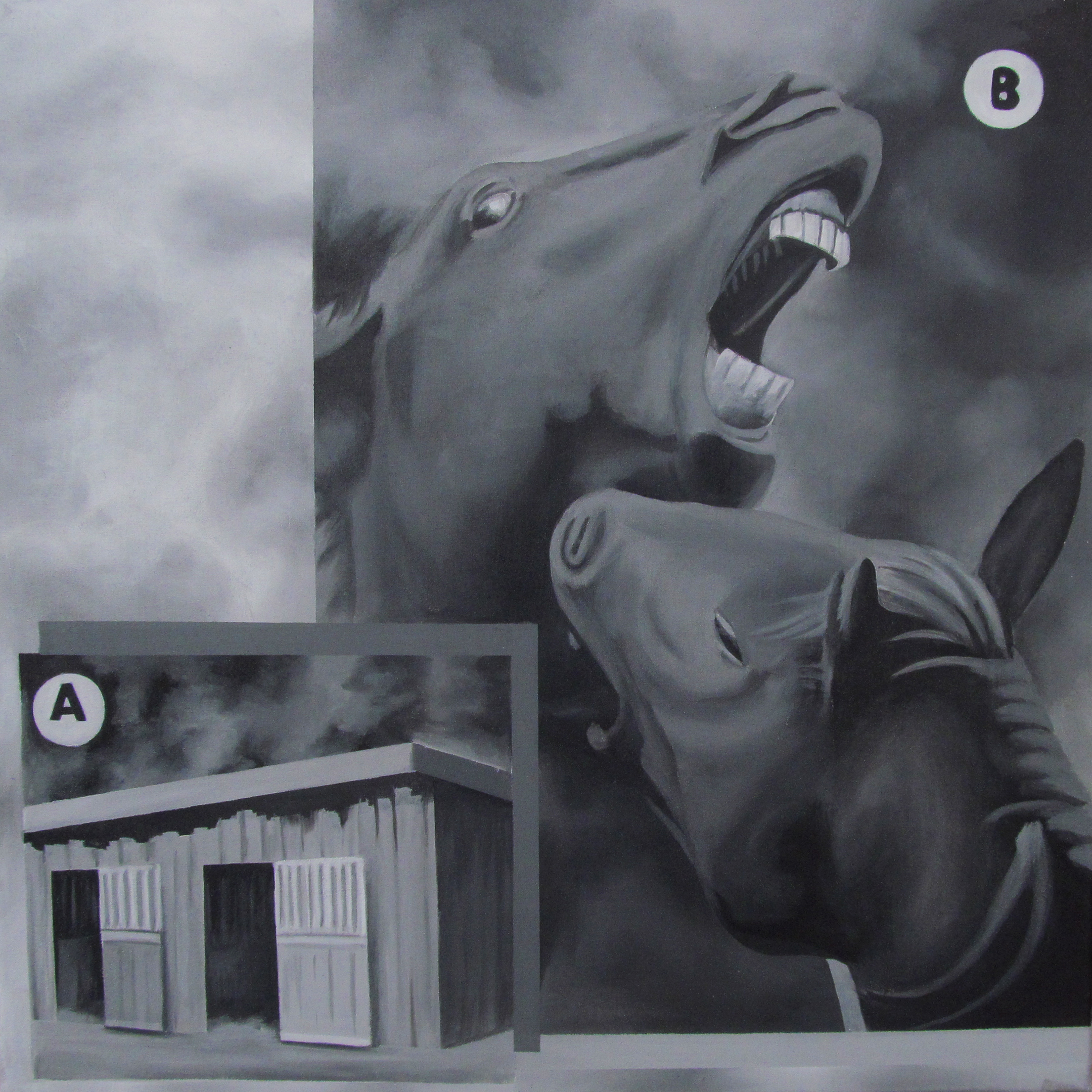 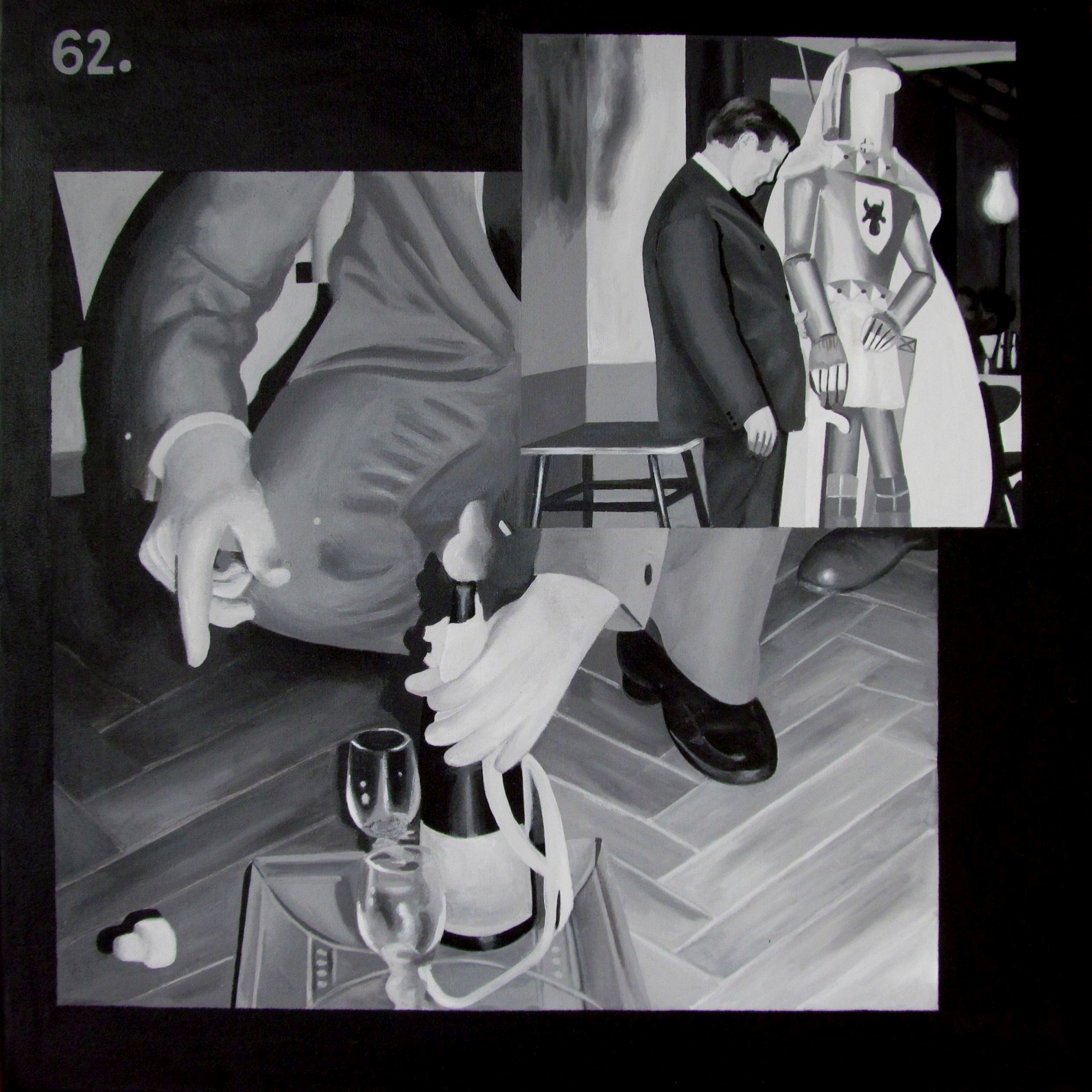 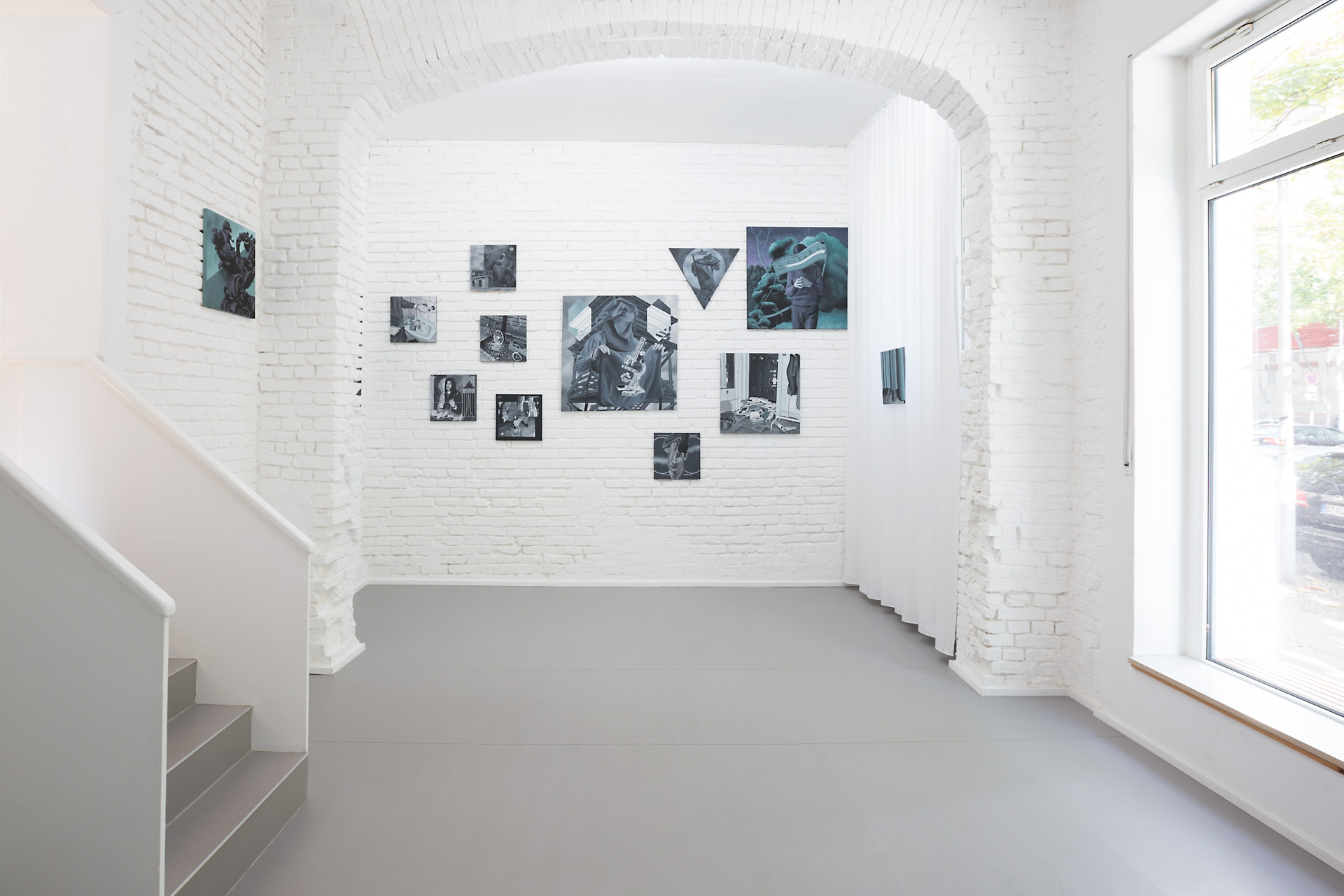