Flexns sacred triptych “The battle of Grunwald” refers to the historical painting “Bitwa pod Grunwaldem” of the Polish painter Jan Matejko from 1878. The painting, which is now in the collection of the National Museum of Warsaw, is considered the most well-known artwork of Poland.

The conflict between the Teutonic Order, the Grand Duchy of Lithuania and the Kingdom of Poland, which has lasted a century, reached its peak in this battle. The heavy defeat of the forces of the Teutonic Order marked the beginning of the decline of its religious rule in Prussia and the rise of Poland-Lithuania as a European superpower. The dispute is one of the biggest battles between medieval armies of knights and is part of the national myth of Poland and Lithuania since the 19th century.

Like in Matejko‘s own work, Flexn does not provide true representation of medieval events, but uses the story for a current and political interpretation of incidents and relations between Germany and Poland – relentlessly amusing himself over the two nations choosing exaggerated, grotesque and cartoonish styles and compositions. 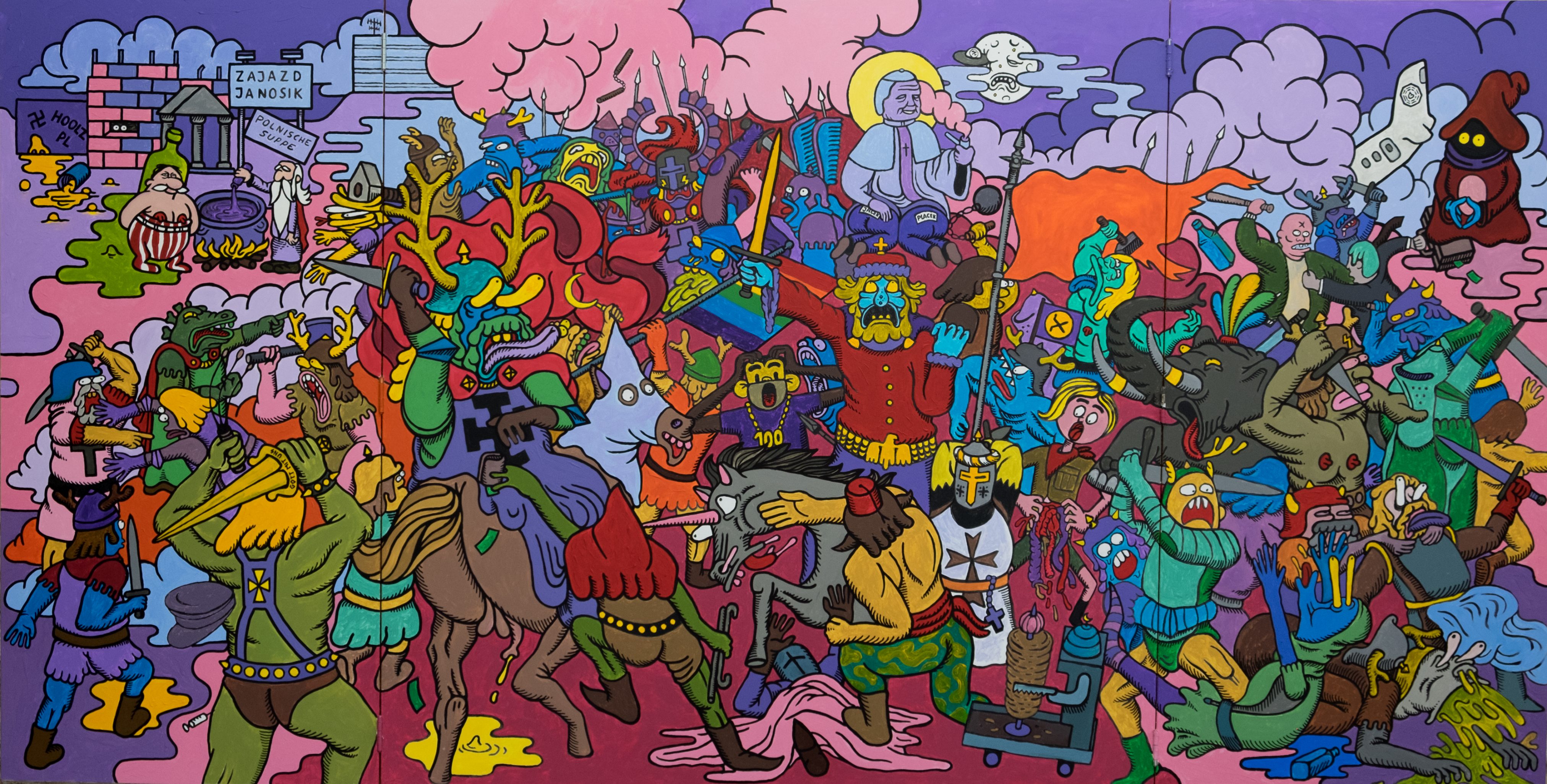 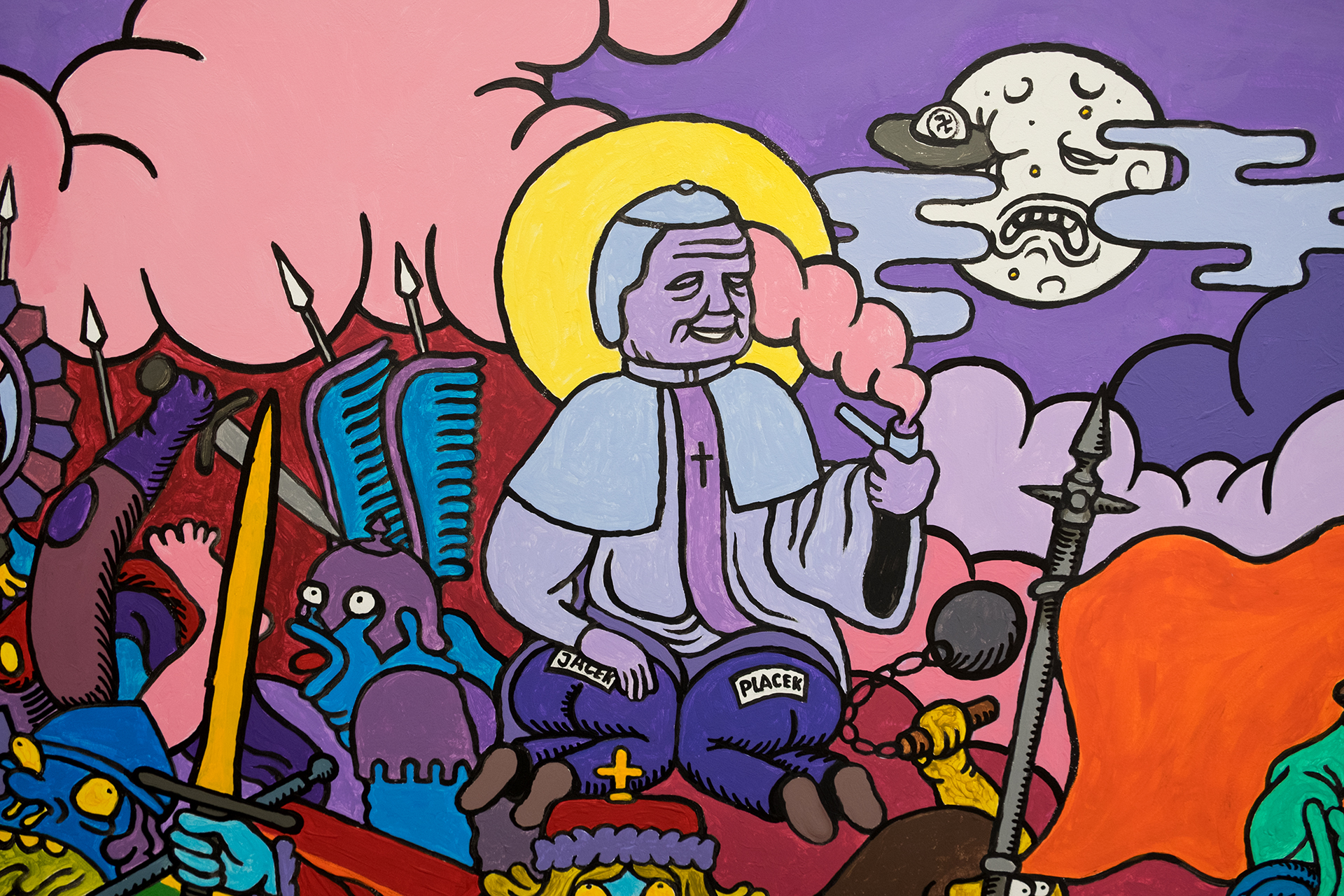 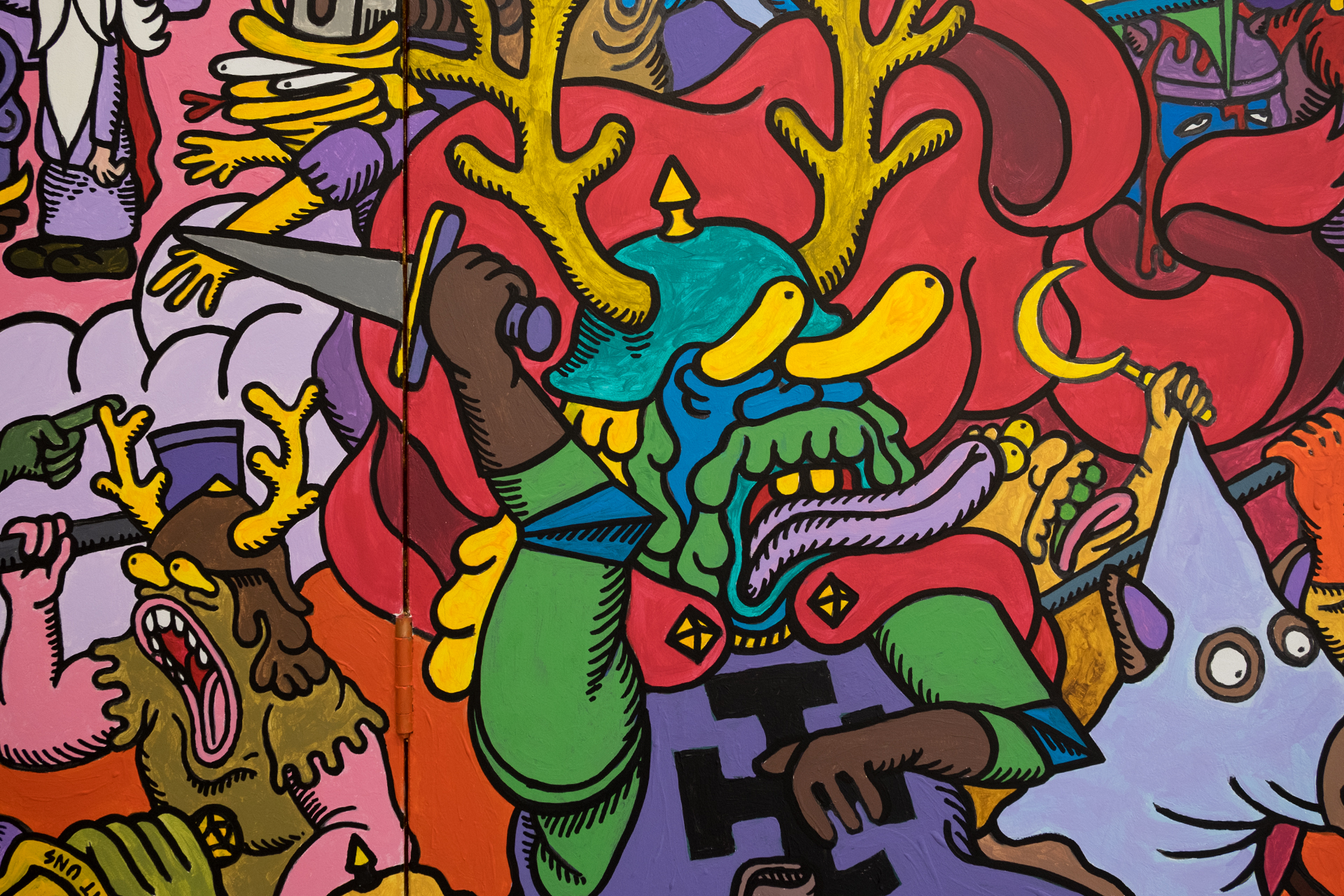