Overflow: Inexplicable Parts of the Intimate

“Nature,” William James said, “is but another name we give to excess.” Once seemingly endlessly abundant, life on earth has been revealed in its fragility and ephemerality. Our computational systems, meanwhile, processing endless layers of data, seem ever more like that natural excess of which James wrote. Reliant on rare-earth elements, these machines are in the world they strive to replace and reproduce. The works in this exhibition explore paradoxes of computers-as-nature: through the dark abundance of computed extinction, the uncanny vitality of sensors and circuits, and the otherworldliness of simulation.

A metalab(at)harvard exhibition in collaboration with Rainbow Unicorn. 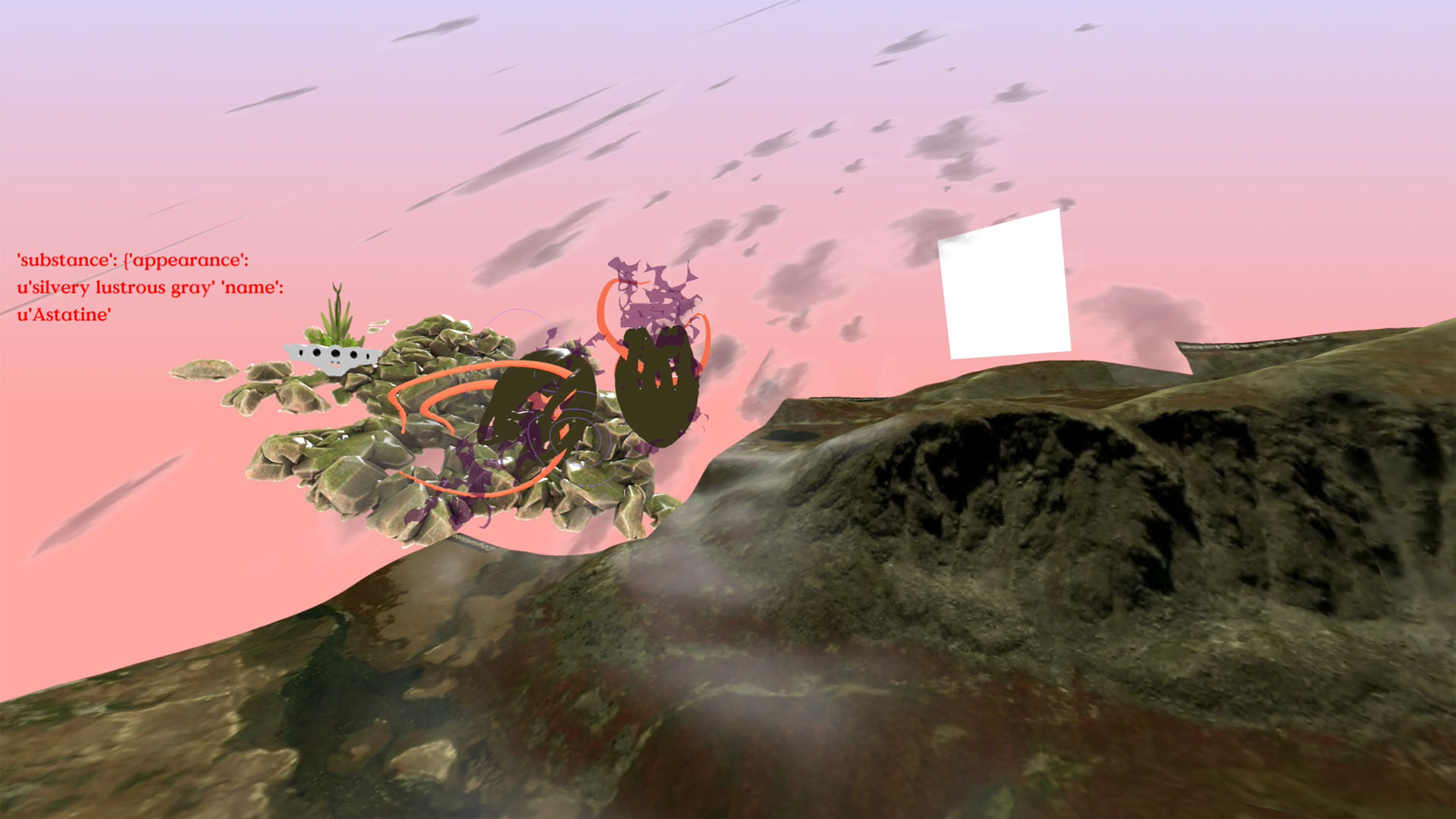 ALT’AI - QIAO LIN, PAUL HEINICKER, DARIA STUPINA & LUKÁŠ LIKAVČAN alt’ai is an agent-based simulation inspired by aesthetics, culture and environments of the Altai mountain region. It is set into scenario of remote automated landscape populated by intelligent machines, where one can speculate upon possible co-evolutionary trajectories of biological and machine species in the wild. The structure of simulation is guided by research into complex adaptive systems, in order to understand alignments and clashes between carbon-based and silicon-based forms of intelligence. 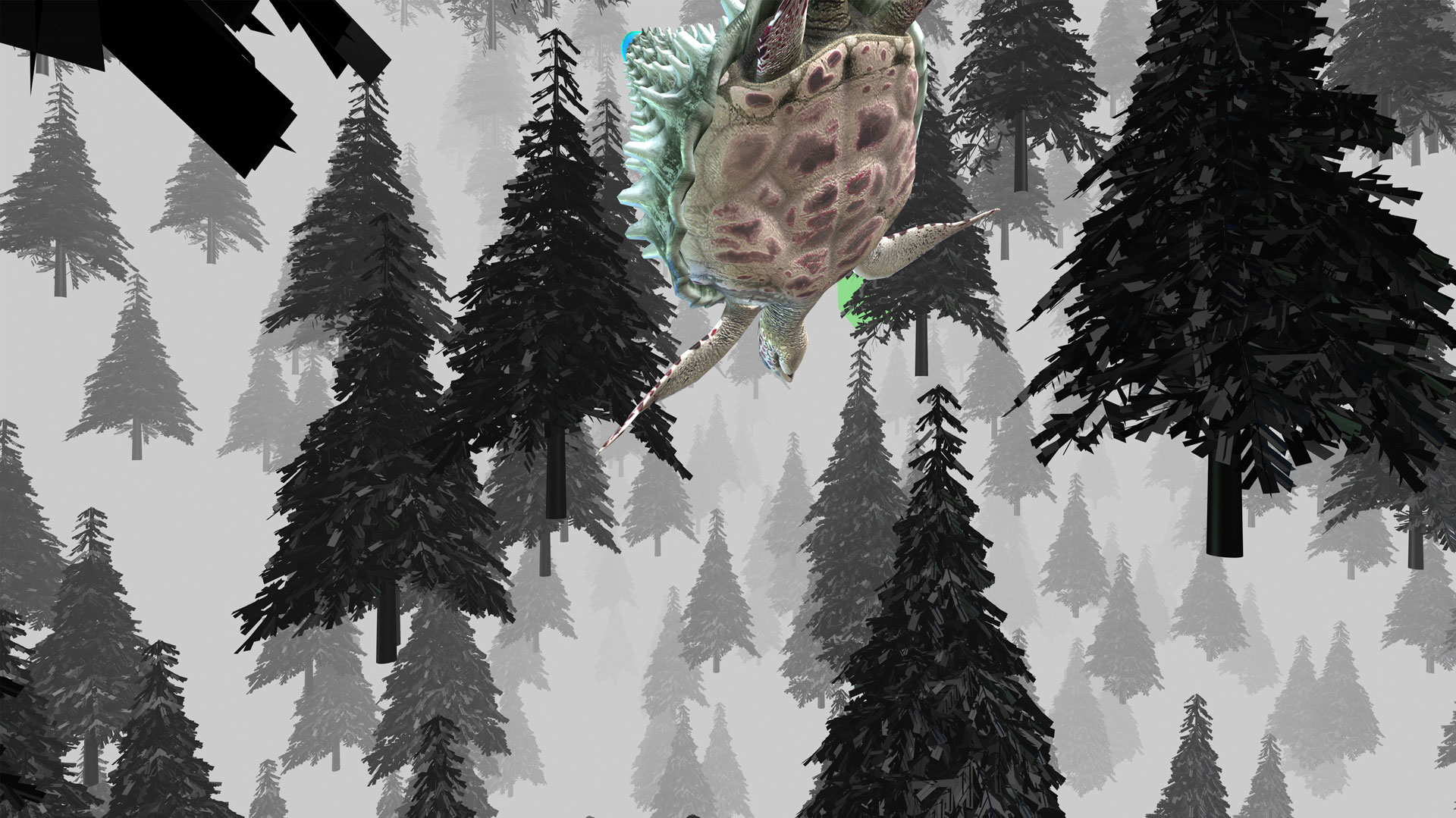 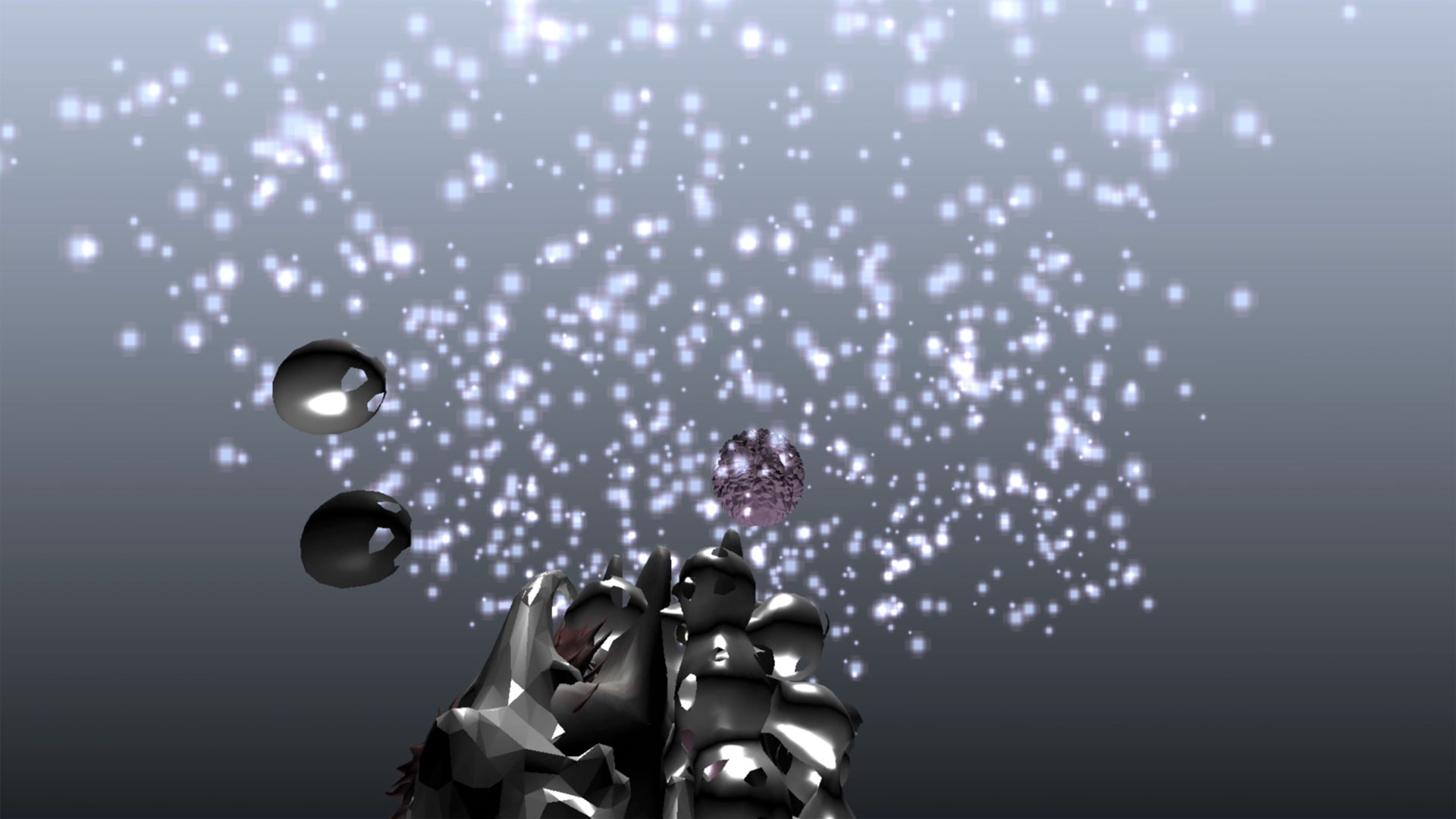 Warning: count(): Parameter must be an array or an object that implements Countable in /kunden/426207_13347/webseiten/rainbowunicorn-v3/wp-content/themes/rainbowunicorn/single-ct_event.php on line 62 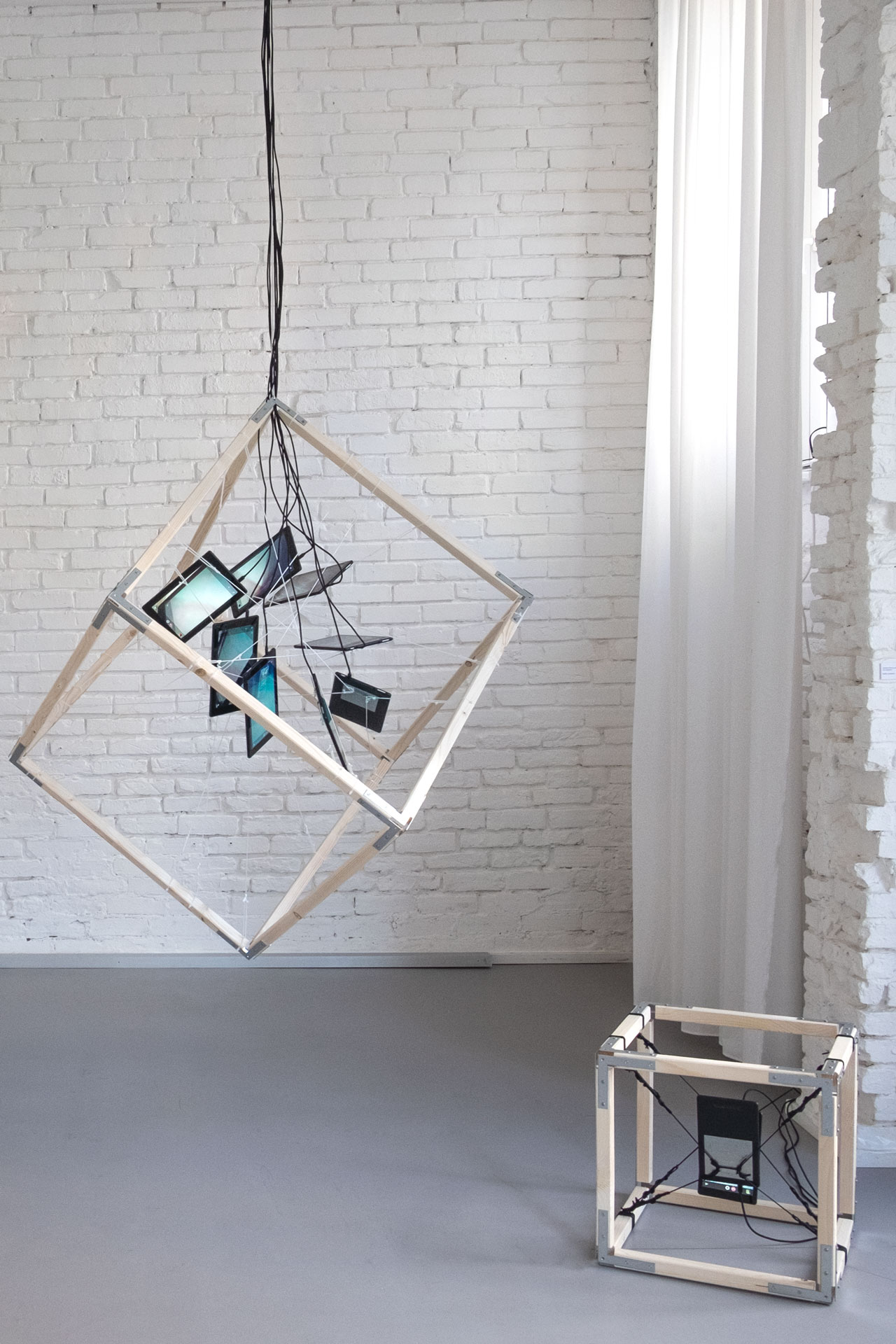 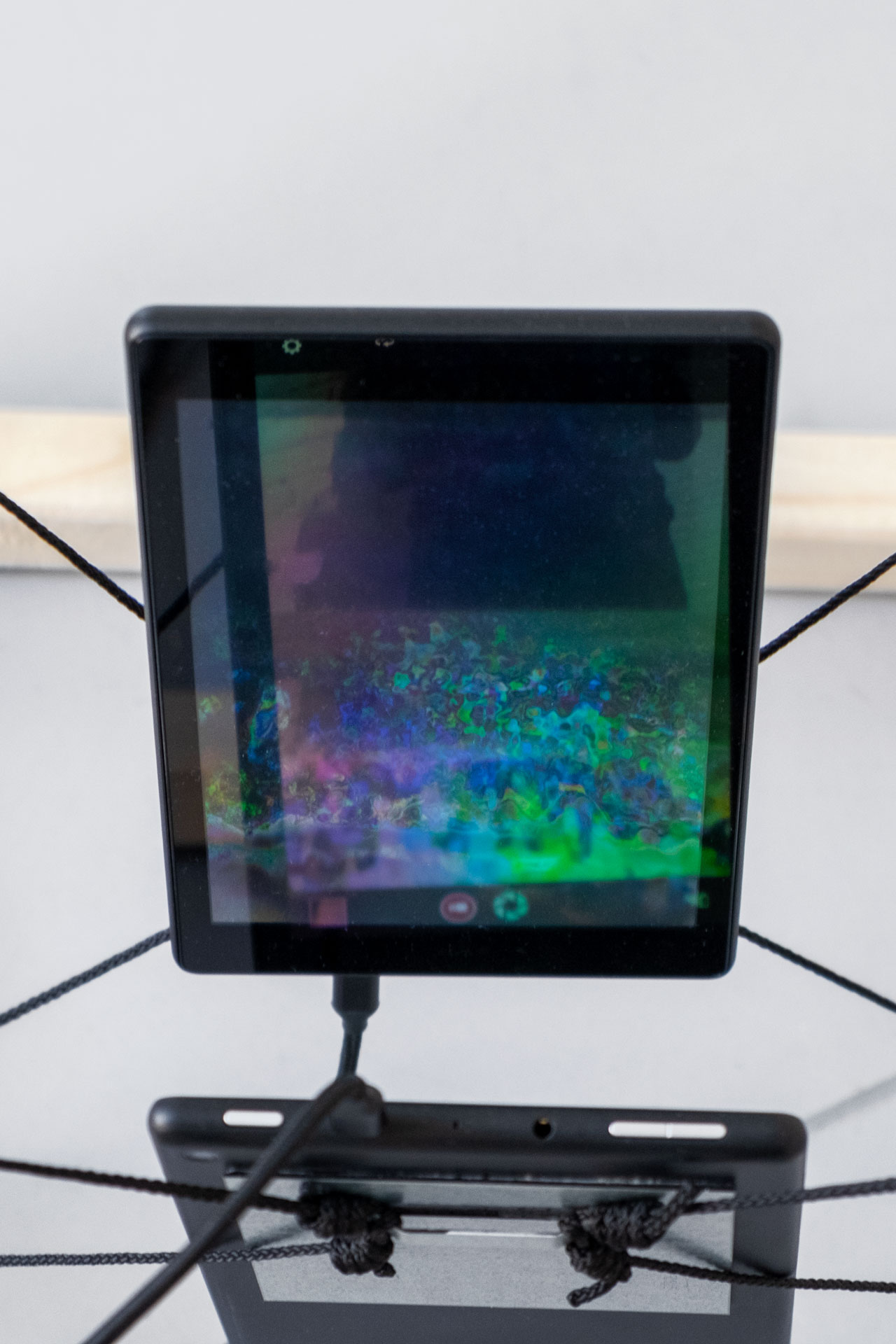 REFLEXIVE STRUCTURES - KIM ALBRECHT Reflexivity, the mirroring, the re-entry of a system into itself is a long-observed natural phenomenon. Can our technical apparatus also develop a kind of reflexivity? Can technological systems loop back into themselves and at the last stage become self-aware? In this experiment, computer tablets observe one another through their camera, creating a loop of observation, a circular re-entry of the image into itself. 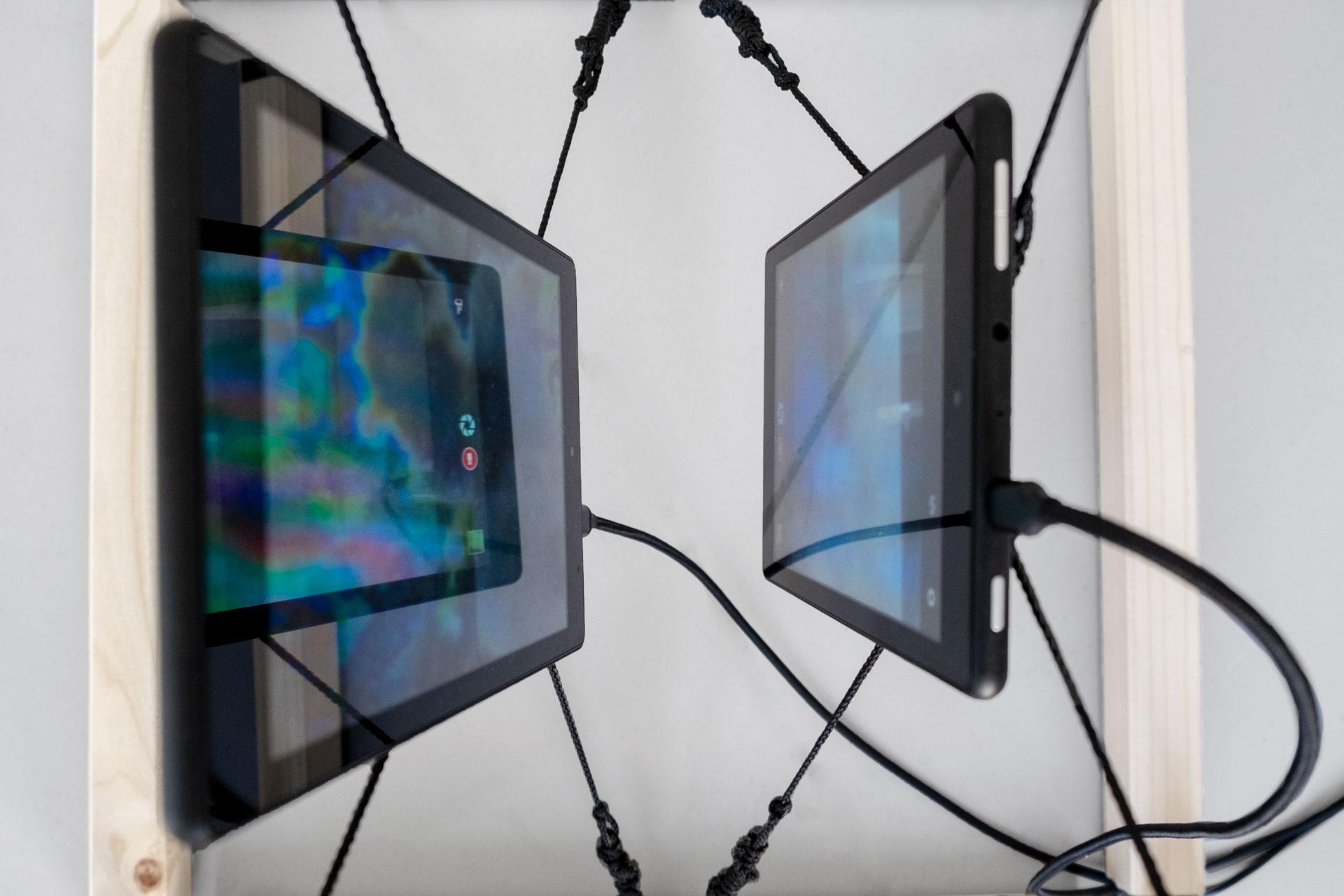 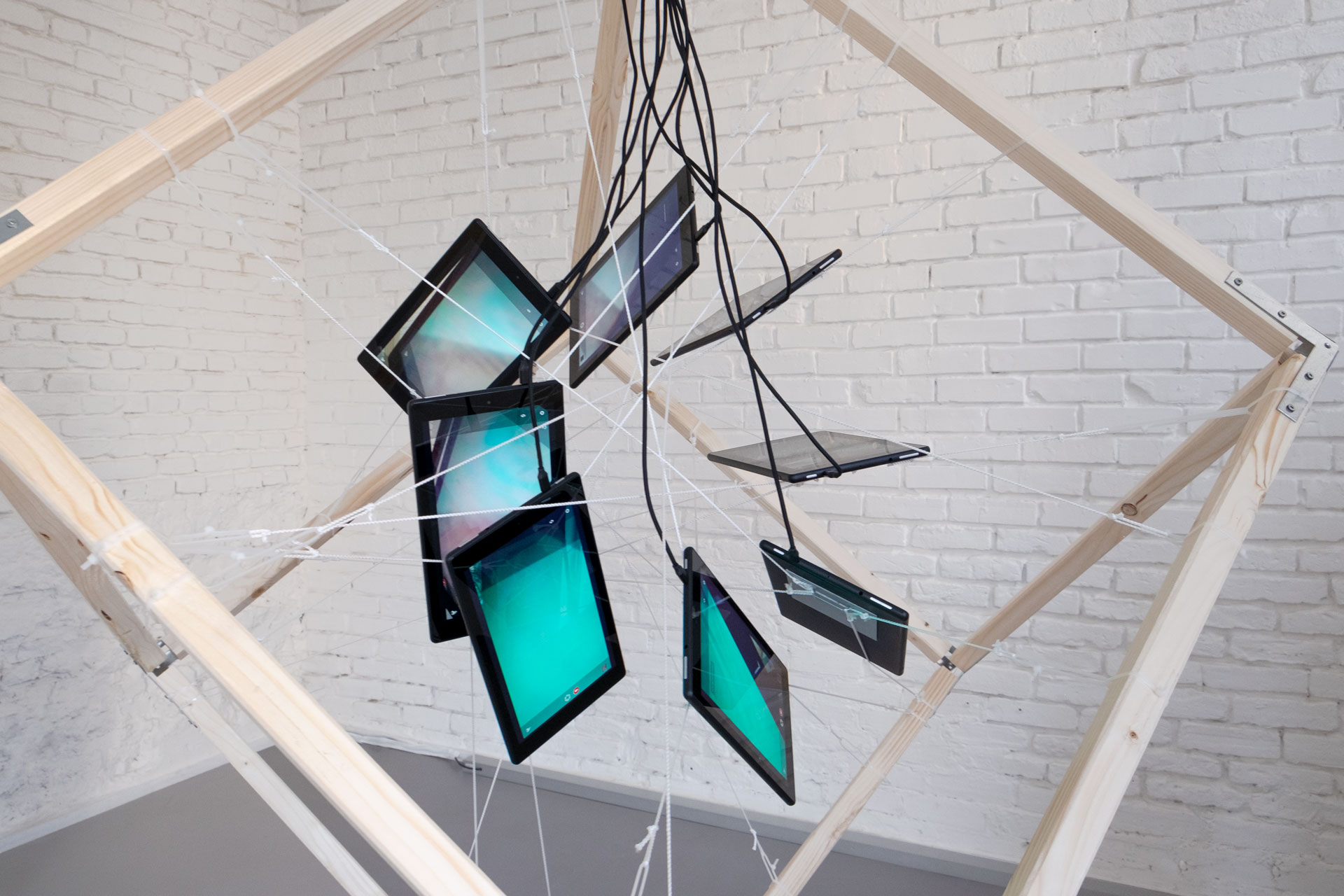 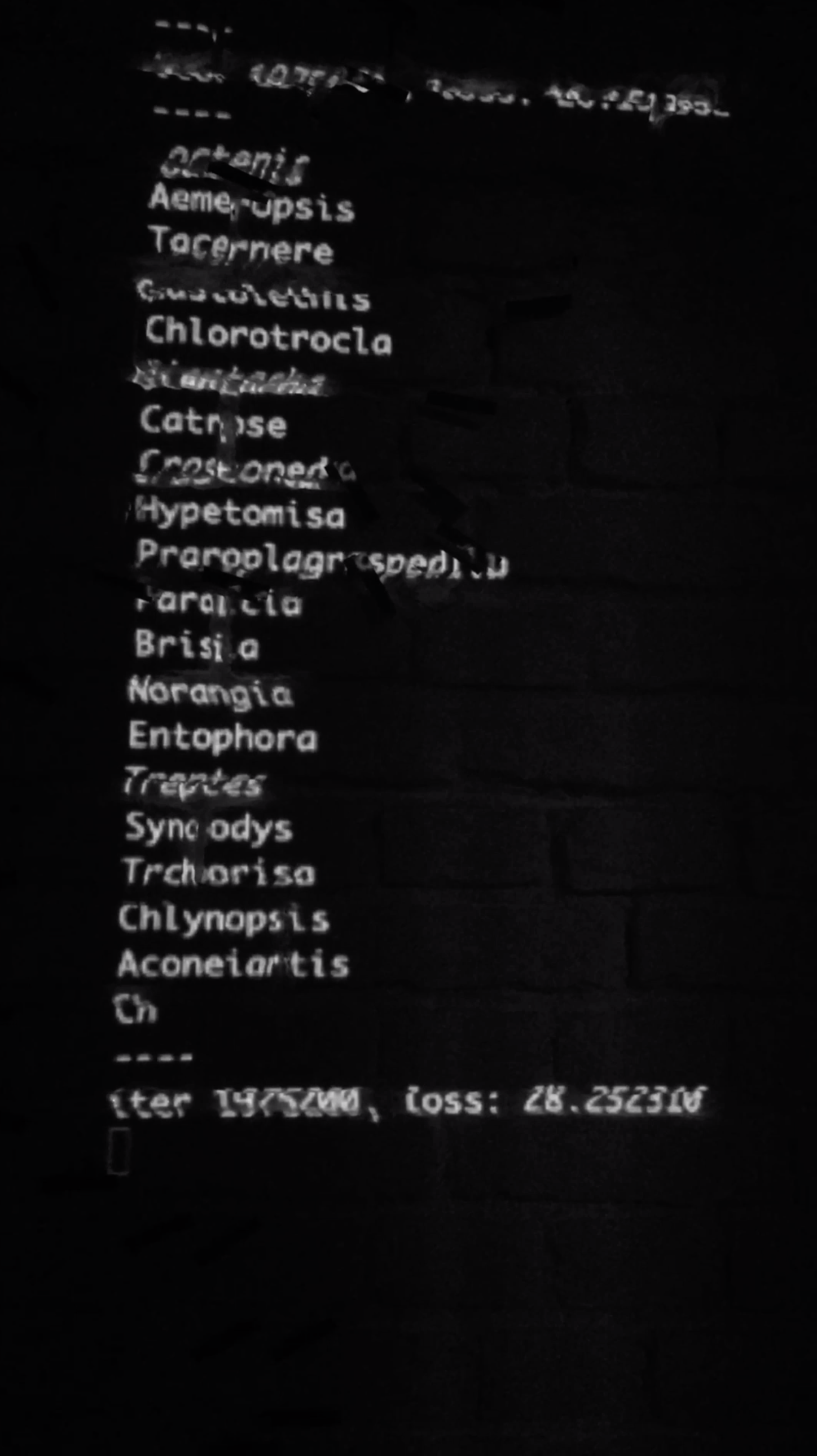 EARTH MEASURER - MATTHEW BATTLES This piece contends with the fragile state of biological life on a planet where machines are increasingly ubiquitous and dynamic as organisms. A tablet screen runs the output from a neural network generating invented names for moths; surrounding it, many hundreds of red labels on thin, black pins exhibit these names in swarms. Red labels like these are used in museums with new-found species of moths insects. But for the labels, though, these pins are empty. The moths they name were never glimpsed; they went extinct before they could be named. 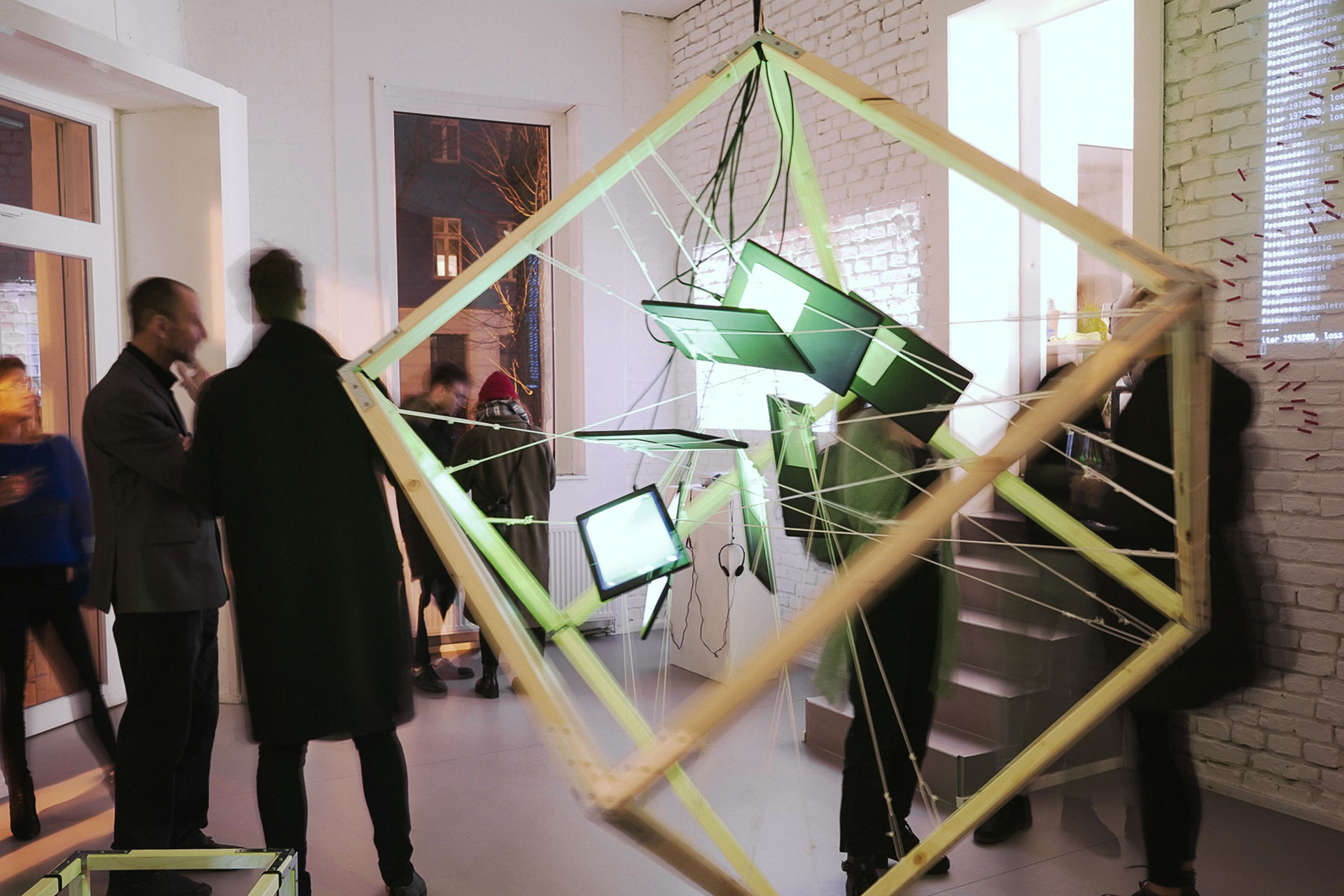 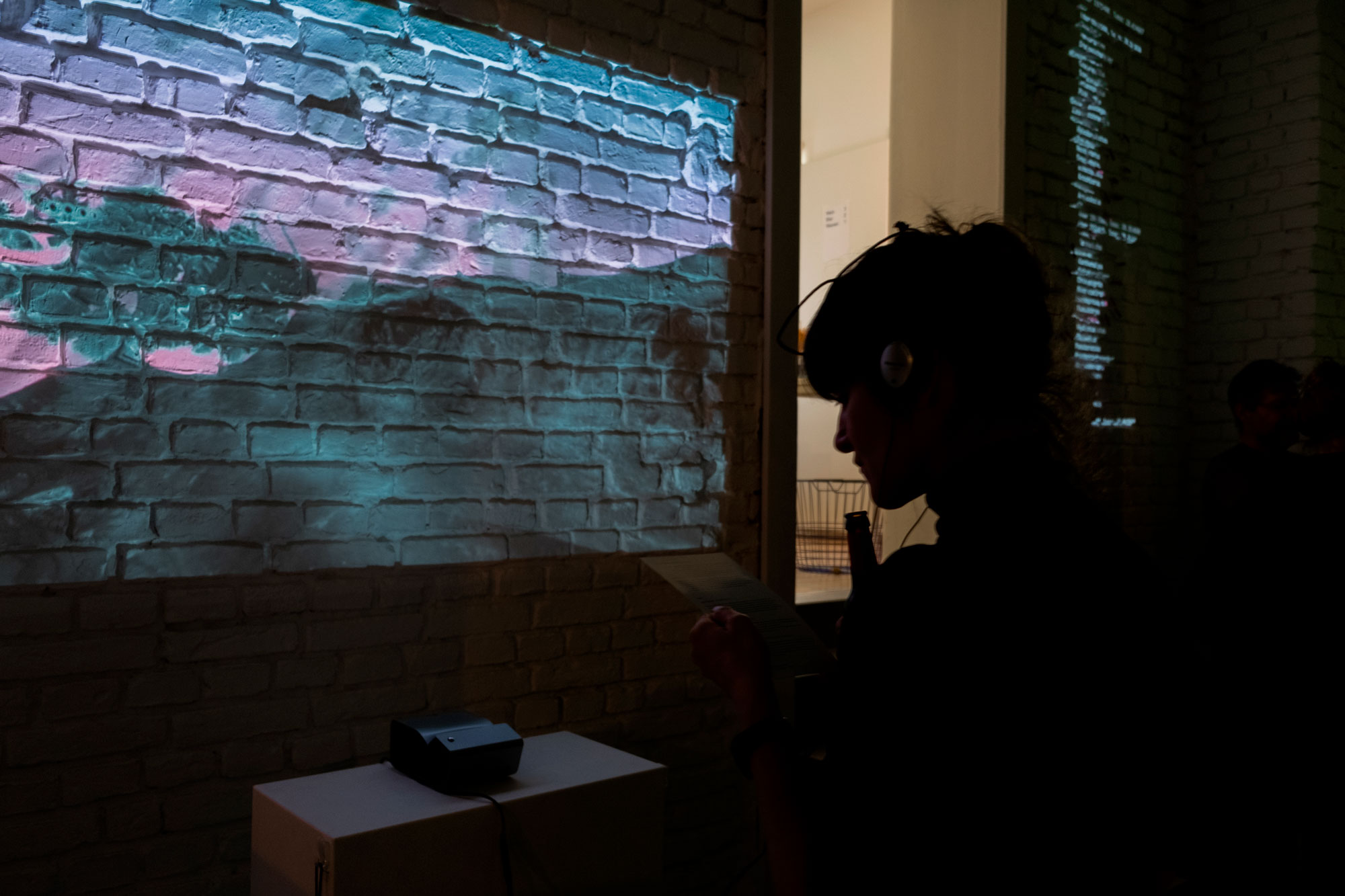 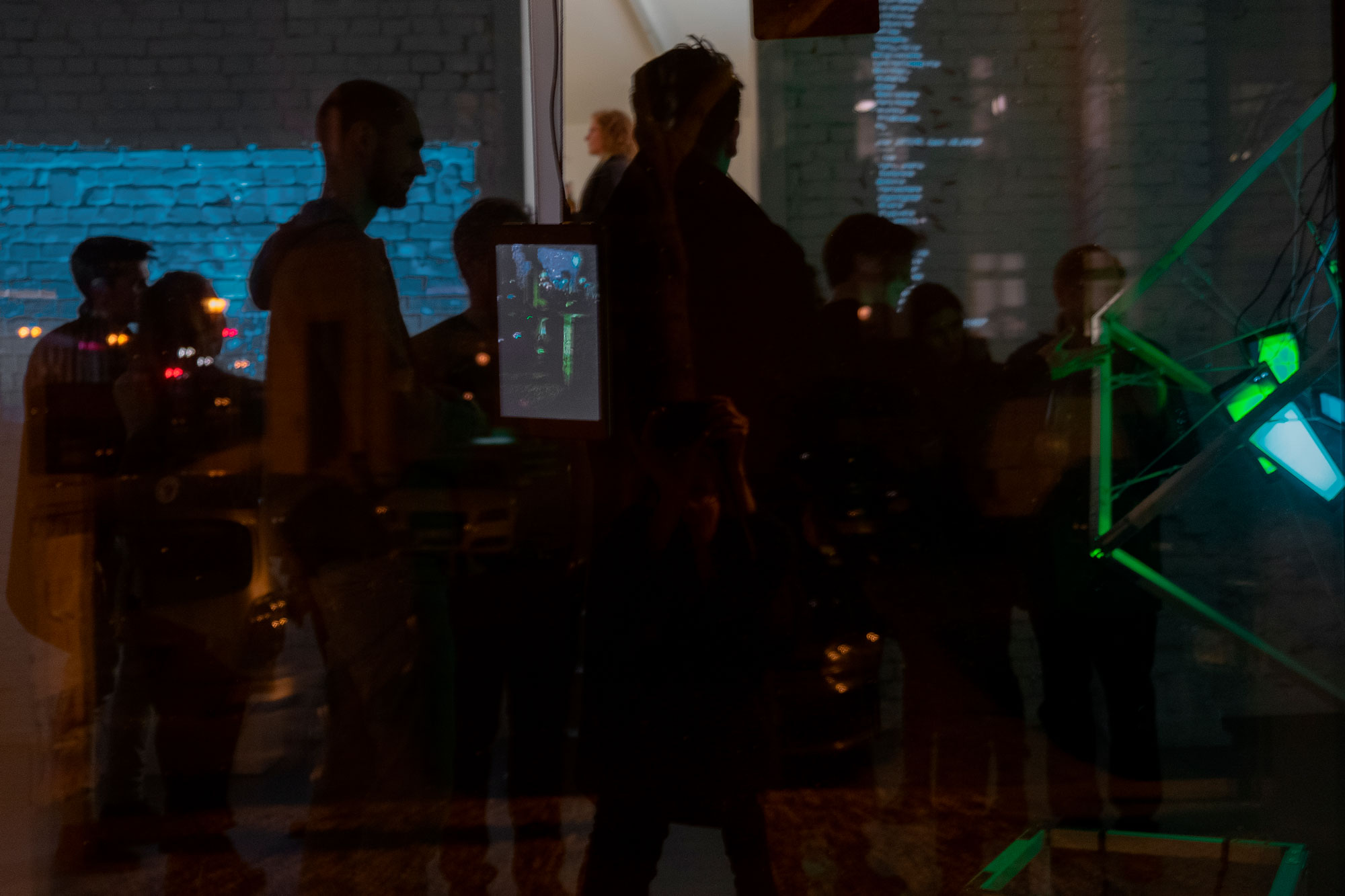 ←  Ferro+ Pictoplasma 2019  →
This site uses cookies to improve your experience. By using this wbsite you agree to the usage of cookies. Find out more.